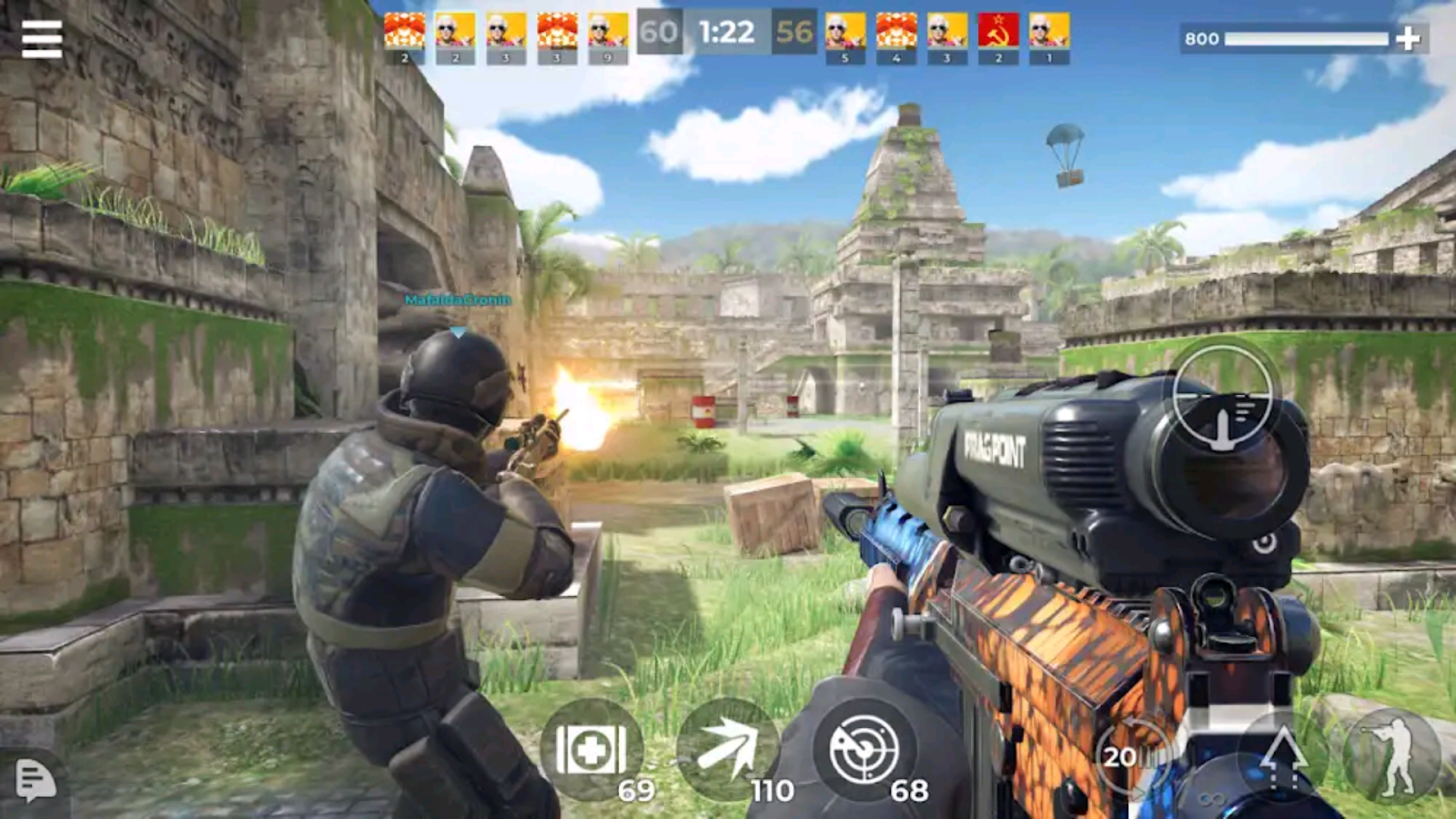 If you like a fps games and you’re looking for a new and adventure then you’re in the right place. Welcome to Best Games In Android  blog. Call of duty it’s set in a modern war conflict and in fact. You play along with characters and scenarios from the black ops and modern warfare spin-offs. Main incentive lies in the fact that although it’s a free game. It’s game system has no chip on shoulders in regard to its predecessors.

In this game you’ll find several game modes zombies multiplayer and even a hearty battle royal. All mode each of them is an old acquaintance of the franchise which provides both Face to Face play against other players through the internet. 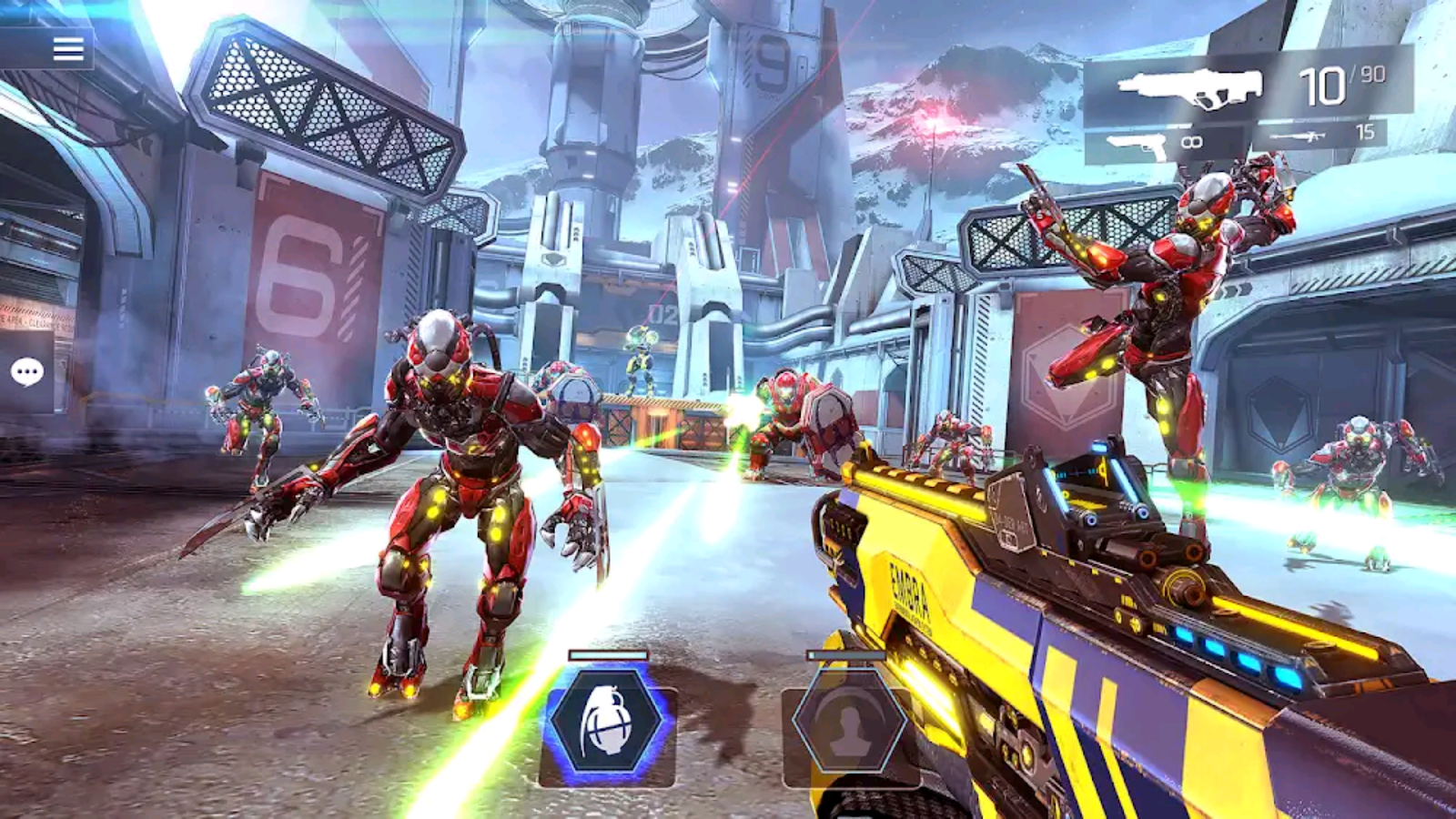 Shadowgun legends is FPS where you play one of many heroes signed up to fight against an alien invasion. You can fight against either the campaign mode for one player or against other player. In the online mode your character always shoots automatically whenever an enemy passes into your line of fire.
Although you can also shoot manually If you activate the telescopic sight in shadowgun legends. You’ll find more than a hundred different missions with an approximate length of two to three minutes during which you’ll face hordes of alien enemies including a boss or two. 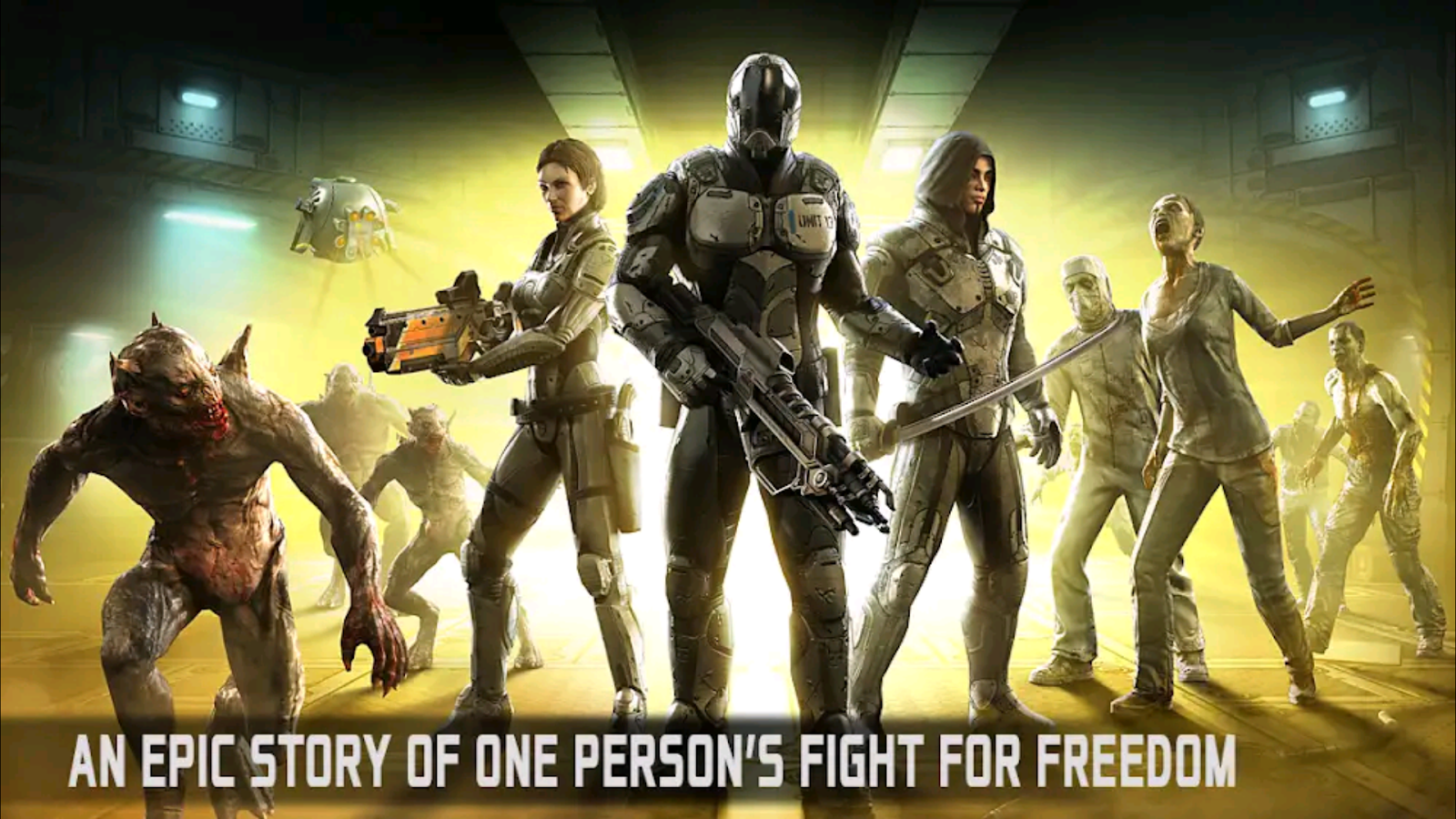 Dead effect 2 is a first person shooter set in a space station overtaken by zombies. Your objective is to escape from the space station alive. A complicated mission that unfolds throughout a 20 hours campaign before you start playing. You can choose between three different characters each one has a unique ability as you advance through the story.
You can improve your abilities and unlock new powers making it easier to defeat the zombies. That you run into as you play the extensive campaign you’ll encounter all kinds of enemies. Then only get stronger and more powerful. 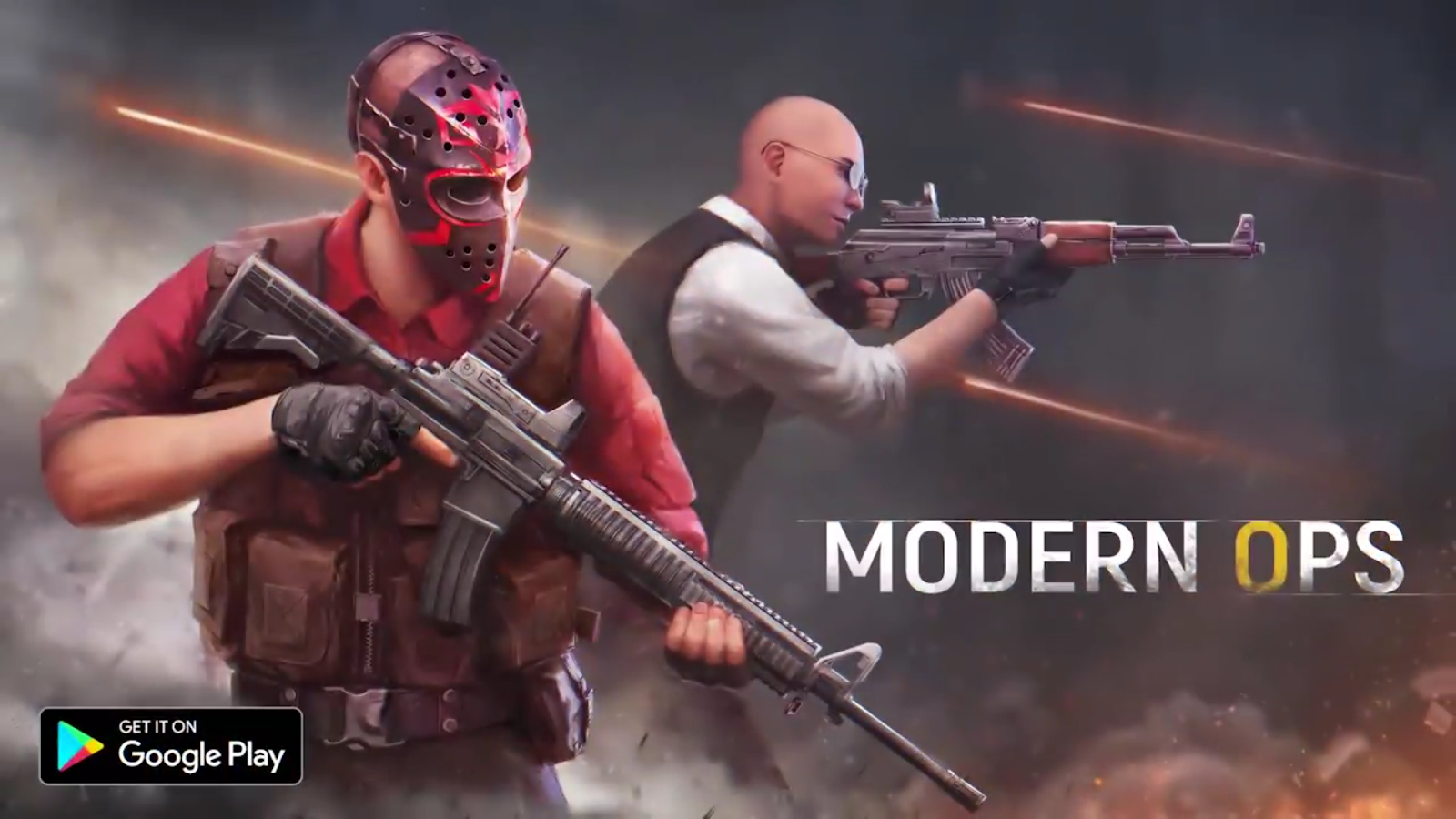 Modern ops is a multiplayer FPS game. That’s clearly inspired by counter strike. In which two teams face each other inside a medium-sized map. Your objective is to get a higher score than the enemy and get rid of as many rivals as you can.
The main game mode and modern ops is very similar to the traditional counter strike game. Where two teams have to face each other to get more points than their rivals. But just like in the traditional deathmatch games you don’t have to wait that long when your character is killed instead you’ll re spawn almost instantly coming. 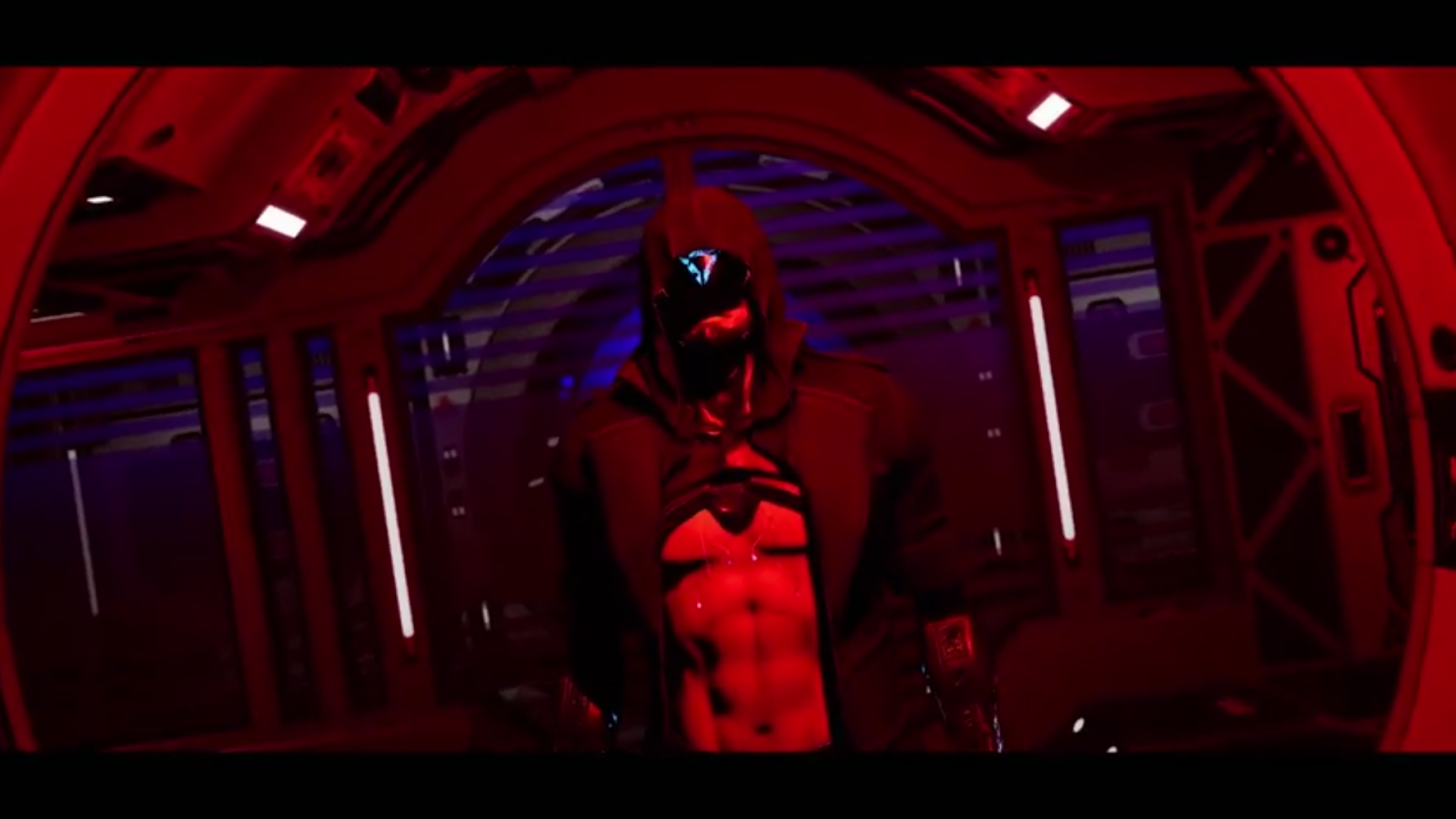 This is an offline FPS game, where you have to destroy waves of zombies. The plot unfolds in 2020 when a deadly virus with incredible speeds spreads around the globe. Very soon most of the world’s population dies and turns into bloodthirsty mutants, and the few survivors go into space to protect themselves from the threat and try to find a solution to this terrible problem. In the year, 3000 people are sent to earth in a special unit called cogret to clear the planet of mutants as well as to destroy the survivors who have already been affected by the virus, and will soon turn into monsters. 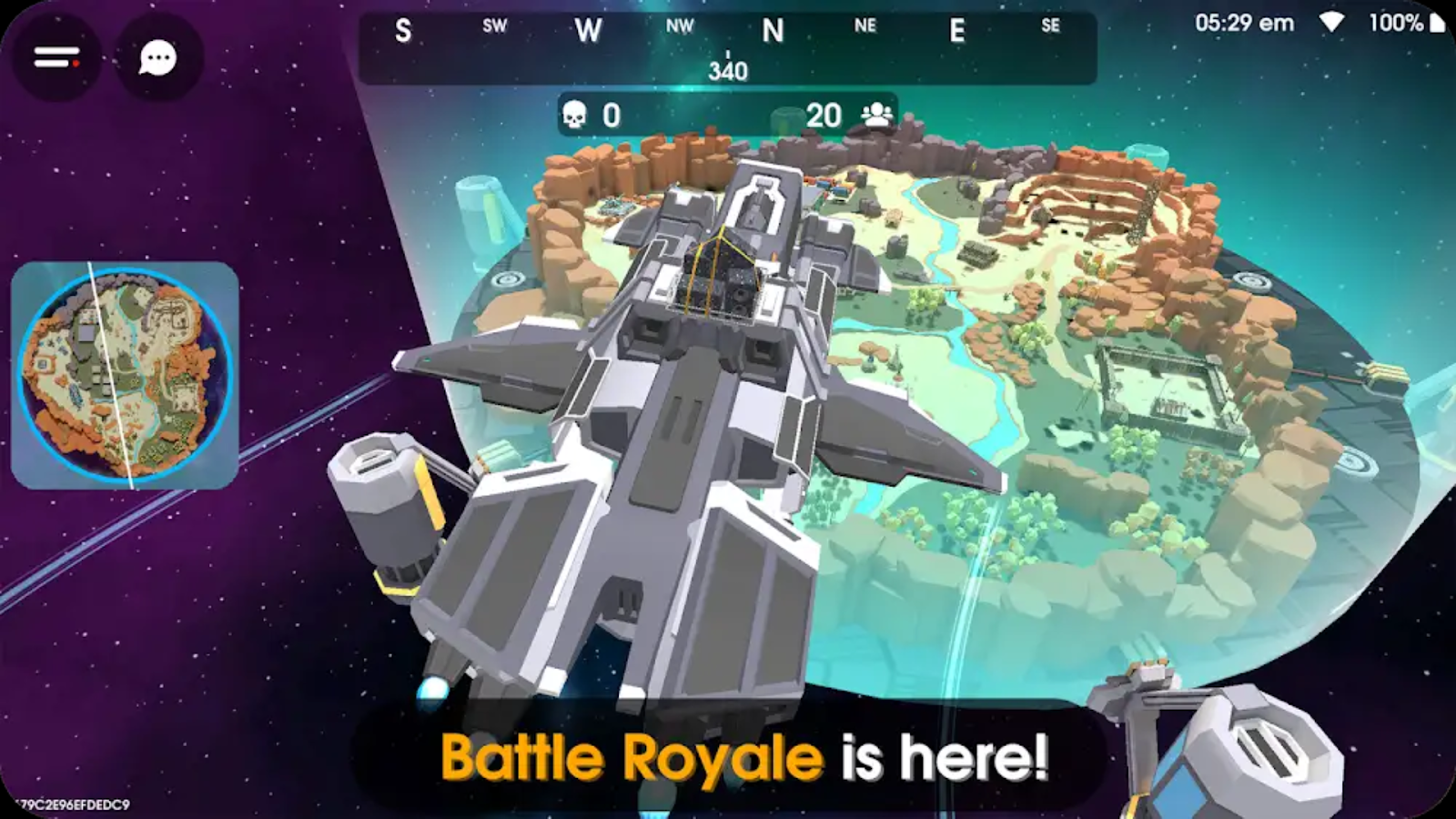 Danger close is a multiplayer FPS game. Where you can play in both a classic deathmatch mode in teams of five as well as deathmatch modes. In both the game modes you can explore over a half a dozen maps with completely different themes.
This game lasts about 5 minutes each during what you’ll have to try to defeat as many rivals as you can the player with the best ratio of kills. When the time runs out the winner of the round will get additional rewards. With these rewards you can buy new skins and weapons. The game offers tons of weapons to unlock. The graphics, and controls are just perfect. 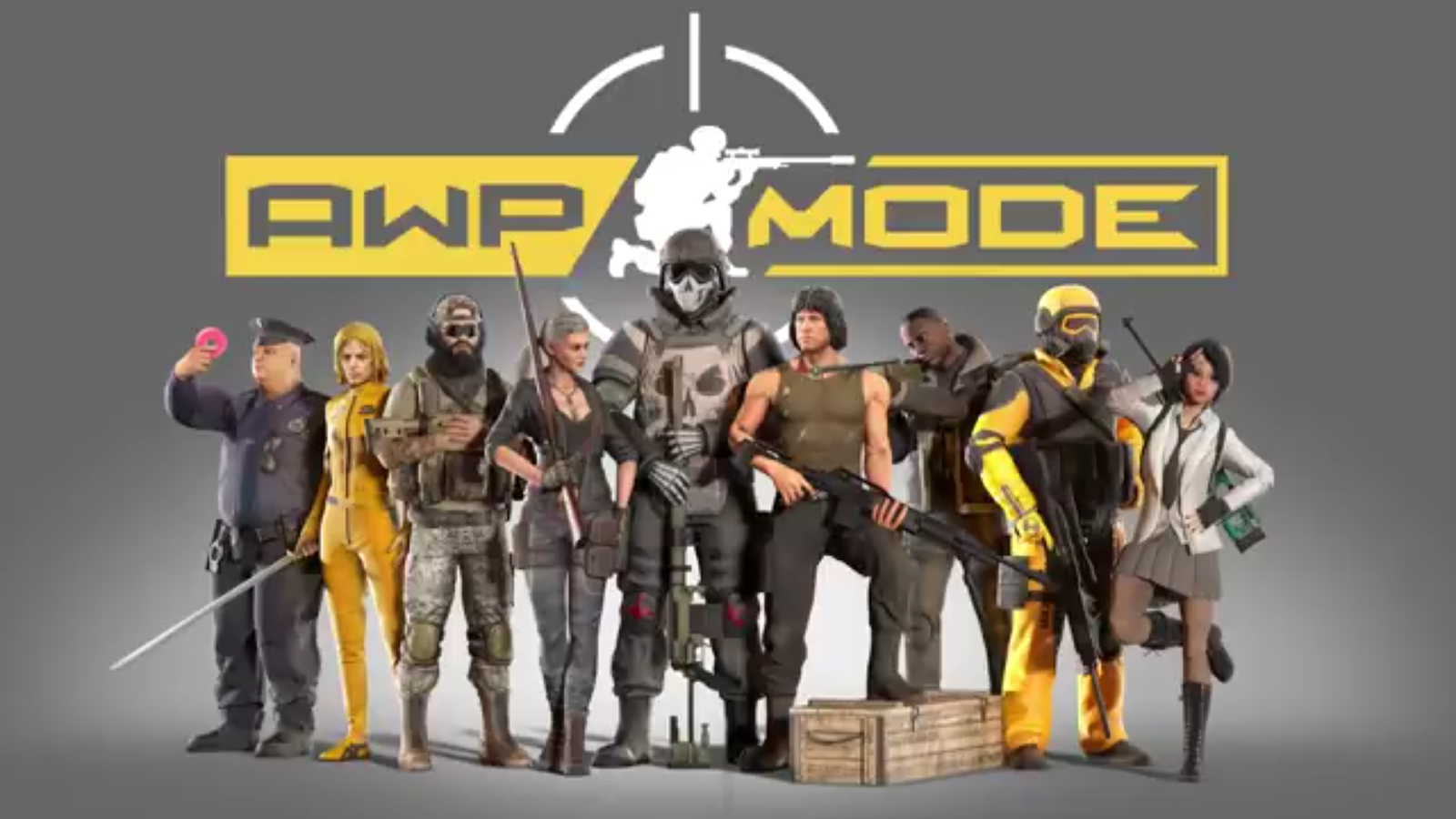 AWP Mode is a multiplayer first person shooter with high graphics in a classic of the genre game play. You’ll go into intense battles on multiplayer maps where you need to shoot accurately and strongly to help your team to win to neutralize the enemies. You’ll be able to use a wide arsenal of weapons with the possibility of pumping each barrel in addition there is also customization of characters.
This game also includes the chat option where you can communicate with other members of clans. This game is perfectly optimized for both high-end and normal devices. You have a variety of snipers rifles and wide selection of characters to make sure you don’t get bored. 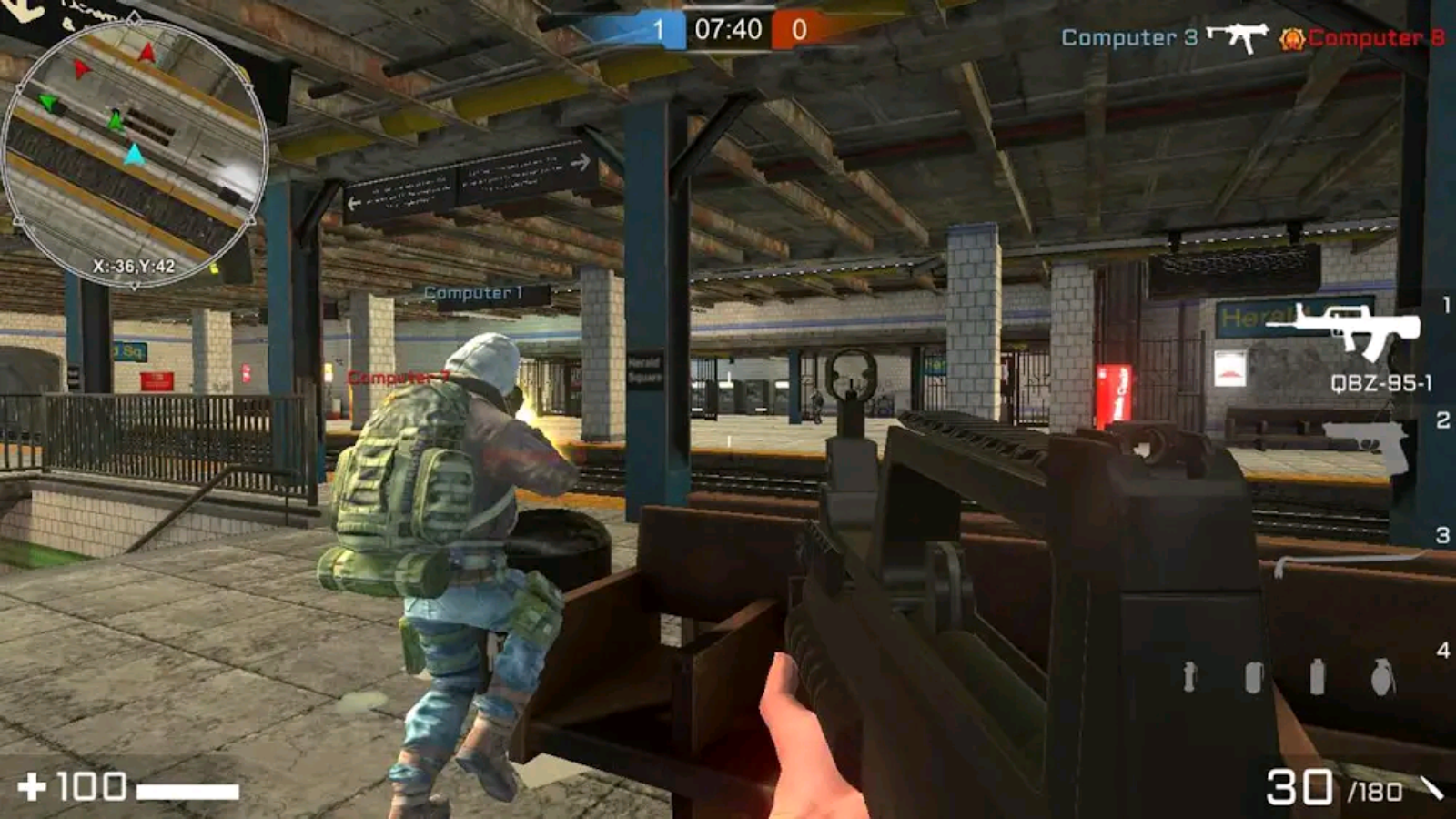 This is the first person shooter where you can enjoy various different game modes including multiplayer offline modes. That you can play anytime even without internet connection. The two most interesting game modes and special warfare are the classic deathmatch where you can face off against each other, or other players in different settings, and there is also zombie mod where you have fight against the endless waves of zombies.
One of the greatest things about this game is they enormous a number of weapons you can use more than 40 different firearms including multiplayer shotguns, machine guns, sniper refills and more. 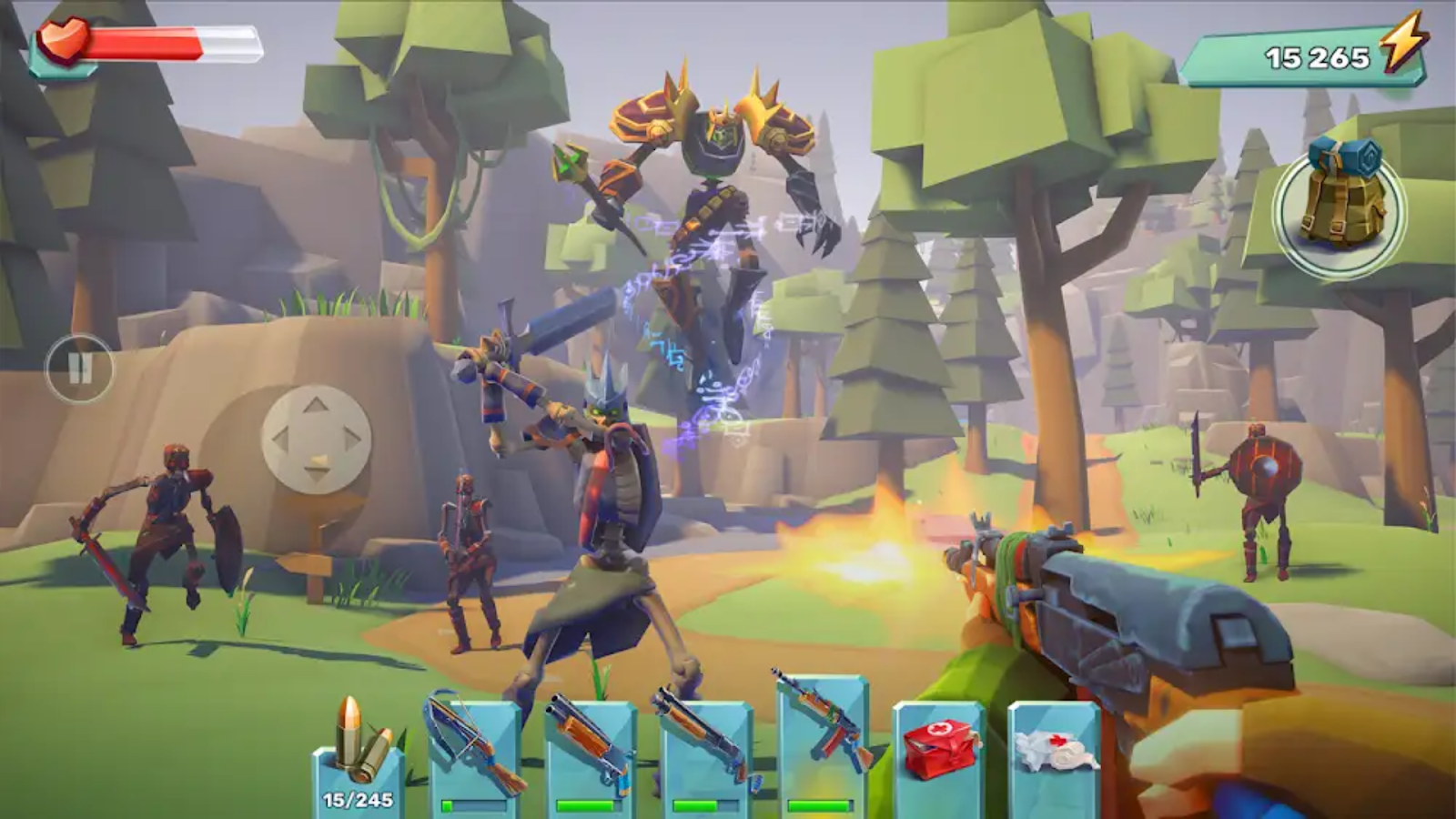 Tegra is a first person survival game. That immerses you in a beautiful world under siege by zombie troops. This game has an amazing story that exceeds any expectations you might have for a game of this genre. Managing your inventory is essential if you want to make progress In tegra on the bottom of the screen.
There are six spaces where you can place weapons and object to help you survive that said. You don’t have to worry keeping your crafting objects there since these are managed inside the inventory itself gathering resources is also necessary if you want to build what you need to survive in tegra. 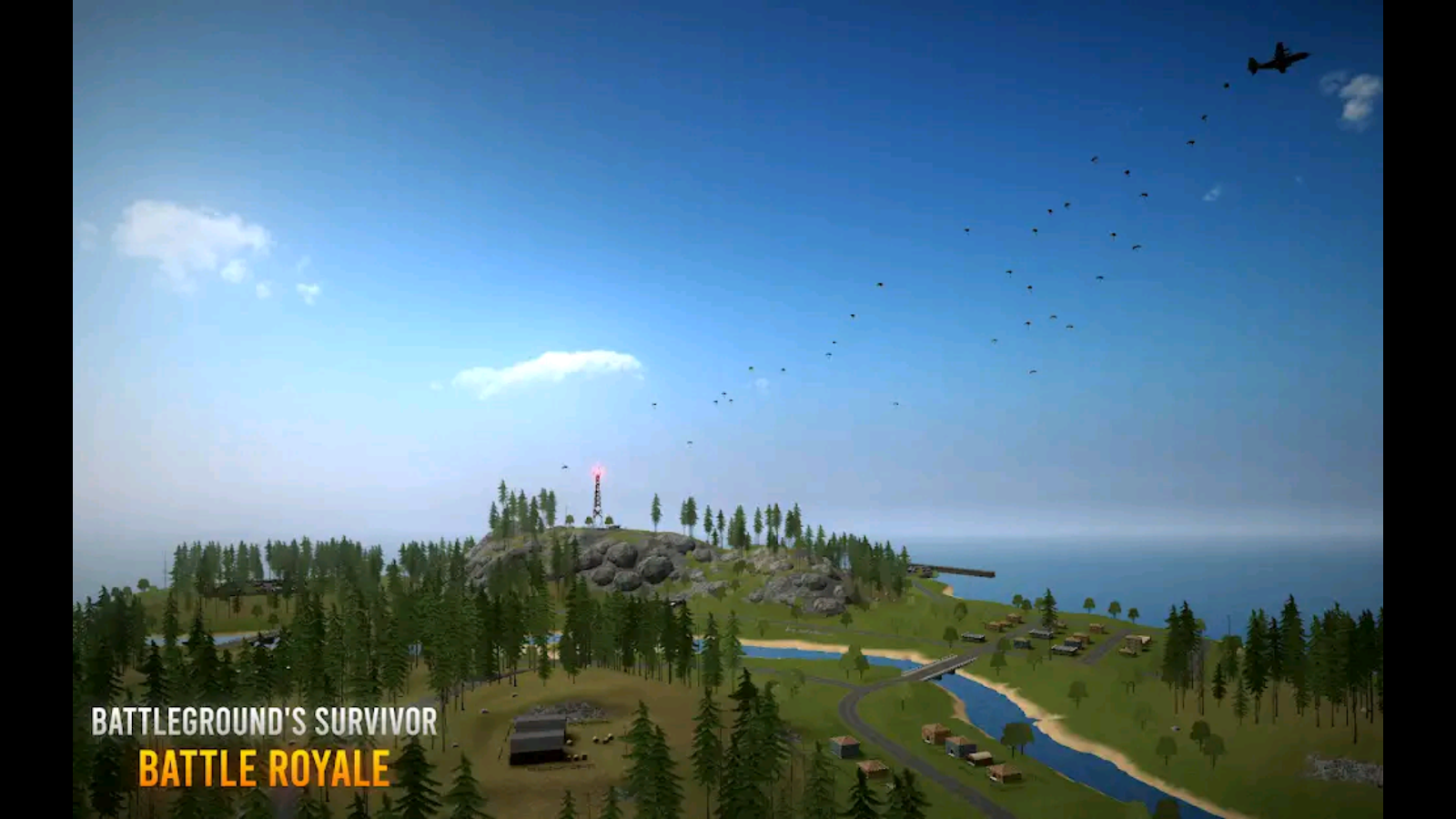 Battle ground is The first person action game that’s been inspired by the amazing player unknown battle ground (PUBG). It challenges you to face several other players inside an island full of weapons only on of you can make it out alive.
This game is also very similar to that of player unknown battlegrounds. But the player start out by flying over the island, and jumping off with a parachute and during the first seconds your only objective is to locate a point of interest on the island where you can land and quickly arm yourself otherwise another player will probably get rid of you .