As we know that iPhone games are improving, they offer us the most exciting are impressive games on the ios device. So here we pick the Best iOS Puzzle Games– iPhone and iPad Devices. Ios games are getting better and better every month. So that we can also give you the best games which will offer you a  good experience of gaming.

These ios puzzle games will really give you a thrilling experience. Thus it will give you a best puzzle series game, word games, time management game, food-based and etc.

Take a look into these Best iOS Free Games 2020 Monument Valley: If you wanna talk about beautiful and mesmerizing games, we have to talk about Monument Valley. It’s one of the ios critically acclaimed puzzle games with a mix of beauty, elegance and minimalist architecture. Take on a surreal adventure with the game’s silent protagonist, Ida, as she travels between complex architectures with mind-boggling geometry.

Guide her through monuments and dispel the game’s illusion of movement. Outsmart the game’s enemies by just twisting and dragging the world around you. Critics have praised the game’s brilliant world design and smart audio cues for that immersive experience. The game just released its new addition called Ida’s Dream which adds new chapters for a longer dream-like experience. Of course, it’s not free. The Room Three: One of the best puzzle series comes back with a third instalment that will send even more shivers down your spine. In this BAFTA award-winning adventure, you must navigate through a labyrinth of trials set by the mysterious “Craftsman”. It’s a mobile puzzle game like no other. It has realistic visuals and a backdrop of ominous music for a truly immersive experience.

Use your brilliant mind to escape the Grey Holm mansion and the traps that lay beneath it. There’s plenty of layers in its intricate storyline. If you’re not careful, you might find yourself in the worse of its many endings. This game improves on the previous chapters by adding a few new features. Aside from its expanded locations, there’s an enhanced hint system and a new eyepiece feature which will allow you to study clues and objects more closely. If you love dominoes and you love Tetris download Domino Drop immediately. It has a super cute look and style and your goal is to match the Domino. sides in order to clear them off the board and rat the points. Now once your dominoes reach the top just like in Tetris is game. Over there are three game modes what makes Domino drops super hard well the fact that you can’t rotate your tiles definitely want to check out. If you’re familiar with 2048, then this is the game it drew inspiration from. Instead of multiples of 2, you’ll have to pair off multiples of…you guessed it, threes! And, in lieu of 2048’s minimalist brown and oranges, you get a surprisingly adorable design, complete with bright colours and wacky faces the higher you go.

In addition to its cute visuals, it also comes with an enchanting soundtrack that makes your mathematical adventure an endlessly delightful one. It’s no wonder that the game won an award for Excellence in Design. Match numbers to combine them and create higher numbers, and grow, grow, grow.

You’re gonna need that strategic mind to stop yourself from getting stuck in a claustrophobic mess of numbers. It’s incredibly simple and sneakily complex. While it’s not a free game, you’ll be safe from dreadful in-app purchases once you buy it.

Twisty Hollow is a time management game totally food-based. So twisty hollow is a spin on time management food games quite literally. You have to turn the wheel in order to serve up food to the hungry customers you give them food they give you money it’s all happily ever after right no chickens crazy. And more food gets added customers get pissed you know. How these games work there are 50 insane levels to get through that will definitely put your focus to the test. You Must Build A Boat: Why would you build a boat? What’s the point? These are but the few questions asked when you play EightyEight Games’ sequel to the popular 1,000,000. It’s a ridiculous way of blending a match-three gameplay with dungeon crawling mechanics. It’s both an RPG and a Puzzle Game. And as the title implies, the main setting of the game is mostly on a boat.

You’re gonna need a bigger one as you start off slow. Travel to creepy dungeons and face off monsters in a silly match-three combat. Attack, stave off and eliminate your threat by matching the correct tiles. Pretty odd, huh? Well, that’s what makes the game amazing in the process.

The goal is simple, build a boat large enough to survive your journey. Expand from various rooms and meet new people as it grows bigger and bigger. So sail away with your ship and you must build a boat! Just recently, EigthyEight Games’ has teased their upcoming game. So keep yourself updated! You Must Build A Boat. 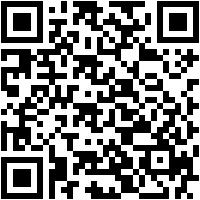 Alpha Omega classes will intense your brain you know simplistic colouring scheme but don’t let these relaxing environments fool you. Because the actual gameplay itself is very intense rules. Rules are going to test your ability to yes all the rules but it will really test your memory. It starts off super easy with one rule sure you can follow one rule anyone can follow one rule then two rules sure that’s easy enough. Once the third fourth fifth and so on start piling on your brain. Control Lara in her Pre-Reboot look and find the mysterious Queen of Venom treasure. Avoid deadly traps, find hidden treasures and discover a long-lost history relic. The game is a success. It’s awarded for being the best mobile game in its time due to its lush visuals and clever puzzle designs.

It has over 101 puzzles and 6 chapters for the adventure-seekers. If the game gets too monotonous, enjoy the game’s soundtrack and unlock Lara’s popular skins. From the days of old to the modern times.

In this article, I shared the top 8 Best iOS Puzzle Games- iPhone and iPad Devices. I hope you like this Games if you new to this blog don’t forget to subscriber Email Subscription. Leave a Comment below about your thoughts regarding this Article.