The best android games on your Play store don’t require an Internet connection. Our list of Top 20 best offline Android games can help you choose an excellent game from various genres can be played offline anyplace, anytime.

Take a look into these top 20 Best Offline Games in Android available on google play store. 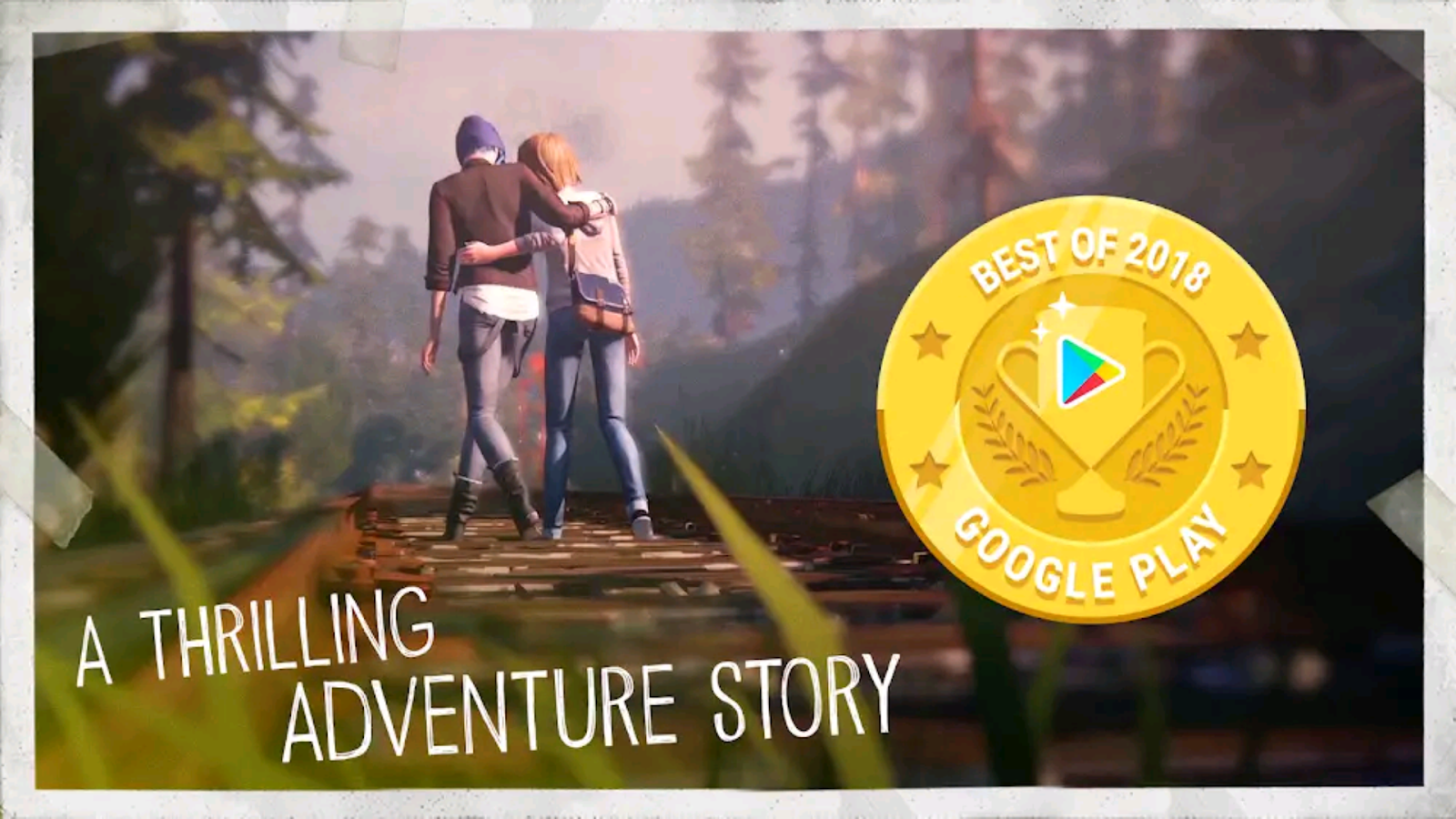 Best Offline Games in Android Life is strange as a graphic adventure developed by Telltale Games. In this game, you’ll take the life of the talented young Maxine a high school student who’s recently discovered that her budding superpowers are to go back in time and change the course of events.

Game systems and life is strange are practically identical to any of the others titles by Telltale Games. The main appeal is that you can go back in time to rewind and fix any poor decision-making of the past and thereby rectifying your mistakes make better choices. 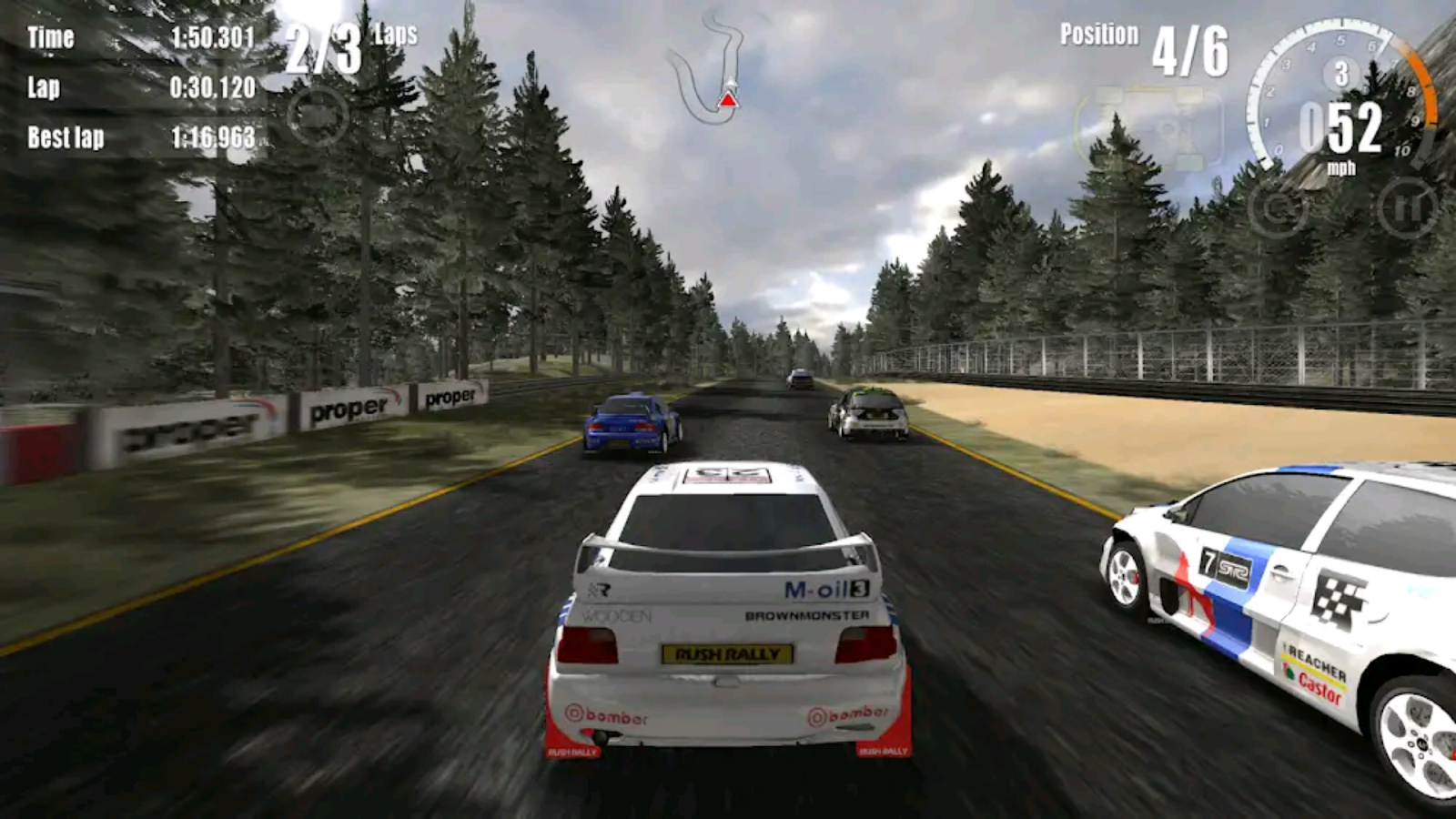 Easily one of the best racing games on mobile. Get behind the wheel of a sports car step on the gas and rush a long difficult racetracks and off-road overtaking numerous rivals. Get ready for extreme tests that are waiting for you on the tracks of this dynamic game for mobile.

Drive the car at maximum speed in any weather, watch the road carefully, overcome obstacles and sharp turns try not to fly off the road and do not break the car. Get rewards for completing missions by sports cars of different models, and improve them 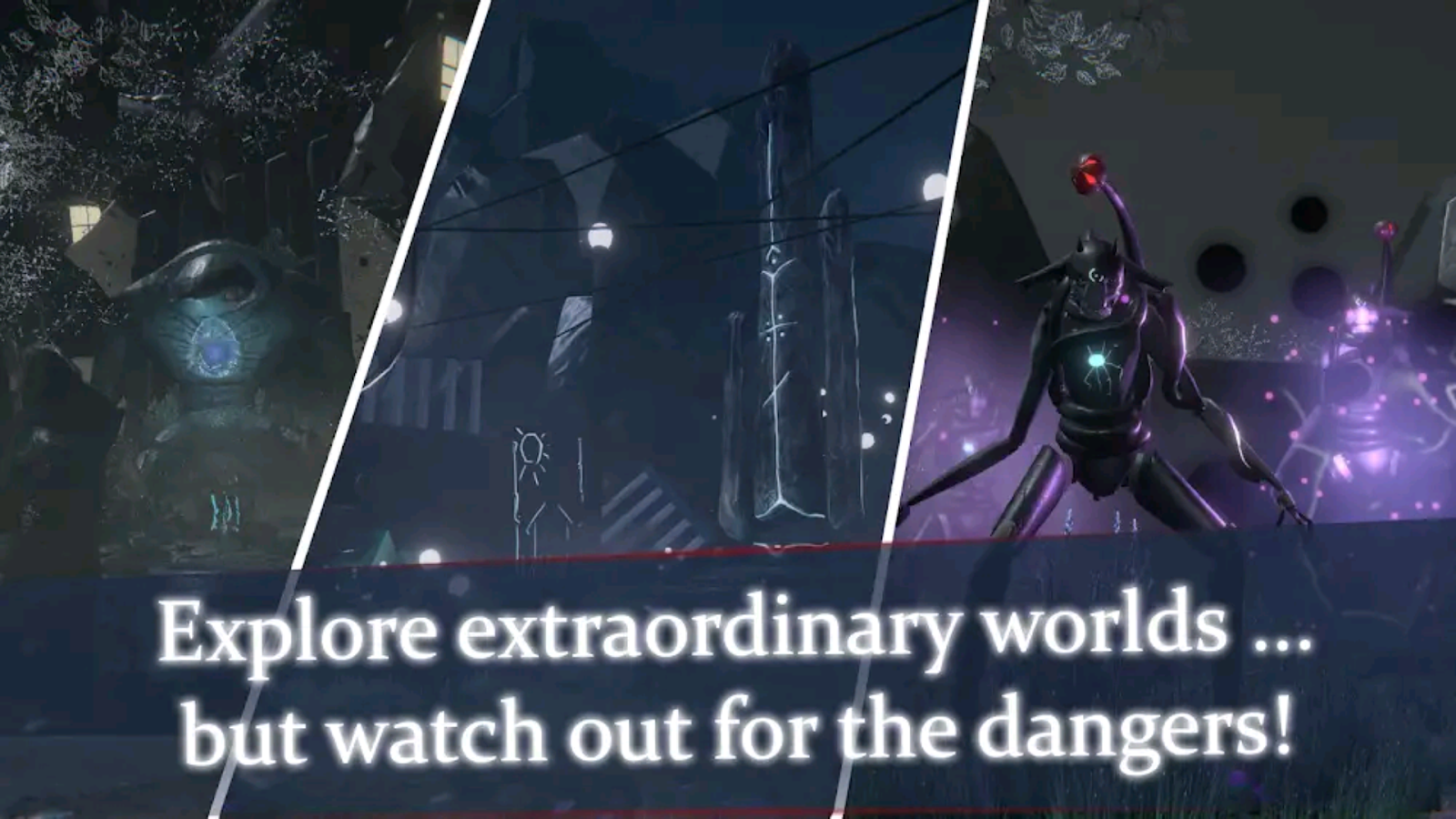 Unknown Fate is a single-player adventure game where you’ll help Richard to get the truth the plot of the game. Begins with the fact that the main character woke up in an unknown world he has to know memories of the past and how he ended up here he also doesn’t know your main task will be to find out the truth and defeat all the enemies solve challenging puzzles travelled through a fantasy world and collect fragments of Richards lost memories.

The game will delight players with an exciting story of searching for various items the game has various quality presets to allow users with low-end devices to play the game. 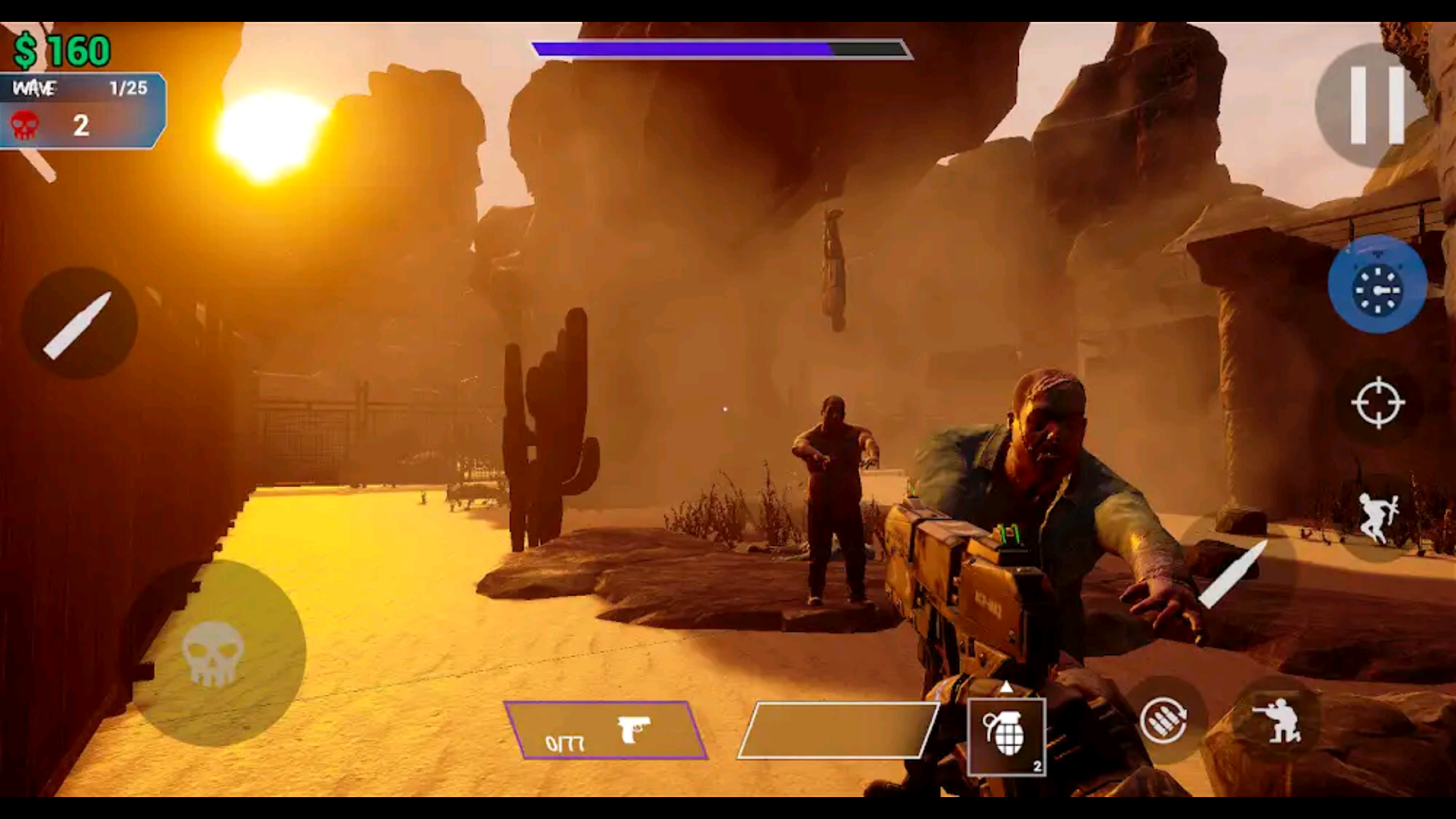 The year 2020 a deadly virus spread through the globe killing 80% of humanity and turning them into zombies. The remaining humans were forced to seek shelter in space while they figured out how to stop the deadly virus in 3000 people went to earth and a special unit called Cograt to clear the planet of mutants as well as to destroy the survivors who have already been affected by the virus, and will soon turn into monsters to become a direct participant in the events take up arms and go to destroy numerous zombie mutants. You’re waited for by hot firefights atmospheric and terrifying locations that perfectly transfer the happened events. This is a 3D actions game set in the universe of Warhammer 40000. You control an imperial knight and have to face off against endless hordes of orcs and other enemies of the Empire your Imperial Knight automatically moves around the stage.

So all you need to focus on is aiming and shooting. Shooting your main weapon is as simple as tapping on screen from there using your secondary weapon it’s as simple as tapping with two fingers. Sometimes in addition,  you can attack large enemies in close combat this game’s amazing graphics are just the cherry on top of an already awesome game. 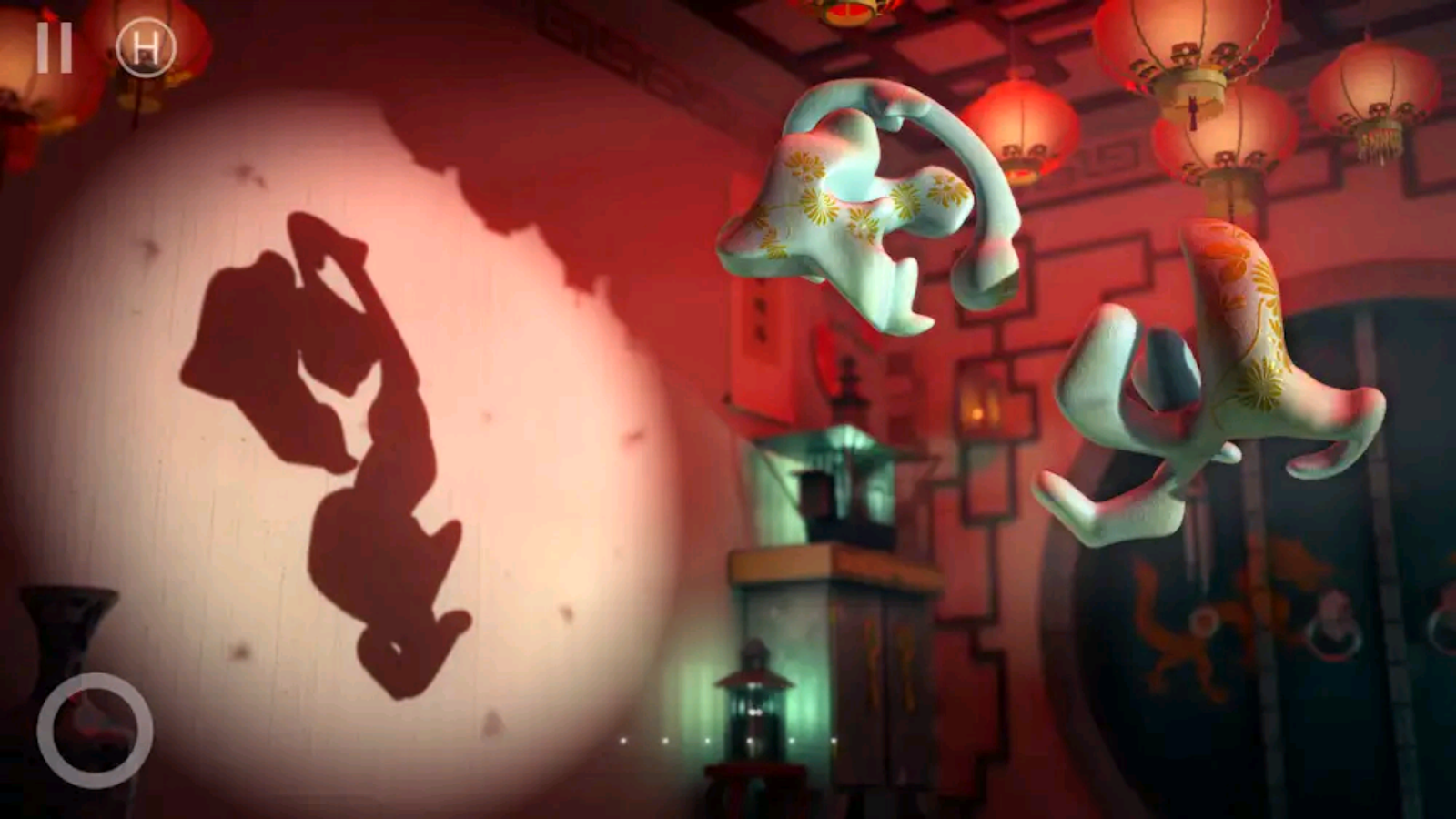 Shadow Matic is a puzzle game that can inspire imagination during the game you’ll rotate the abstract object under the spotlight to find a recognizable projection on the wall. The game combines a wonderful visual effect relaxed and loving gameplay and in the journey of exploration, you’ll be pleasantly surprised to find a lot of imagination infinite projection.

The game has 9 rooms each room has a unique concept design environmental atmosphere and music effects. the game has a hint system and a variety of additional puzzles. 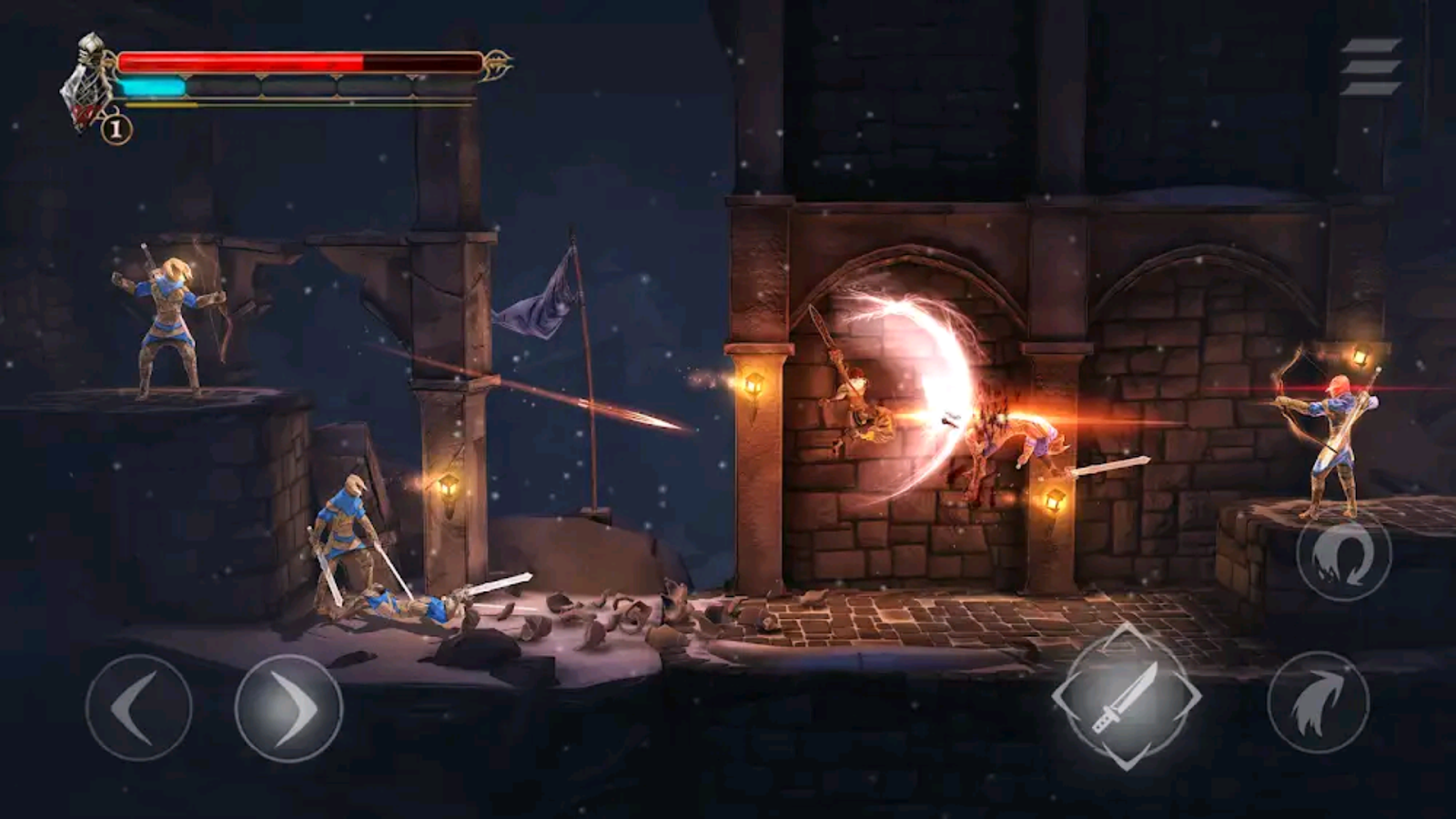 Grimvalor is a fascinating action from the creators of the popular platformer sword ago. In the story of this game, the dark forces plan to destroy the whole world and only you can protect it to do this you need to find the king of tailor. Because he is to blame for the fact that the kingdom of tailor was the source of destruction it won’t be easy because you’ll interfere with the guards of the king. You were waited for by a set of levels where you’ll battle to a heap of enemies, and also to strong bosses during the game. You’ll pump your character and improve their equipment. 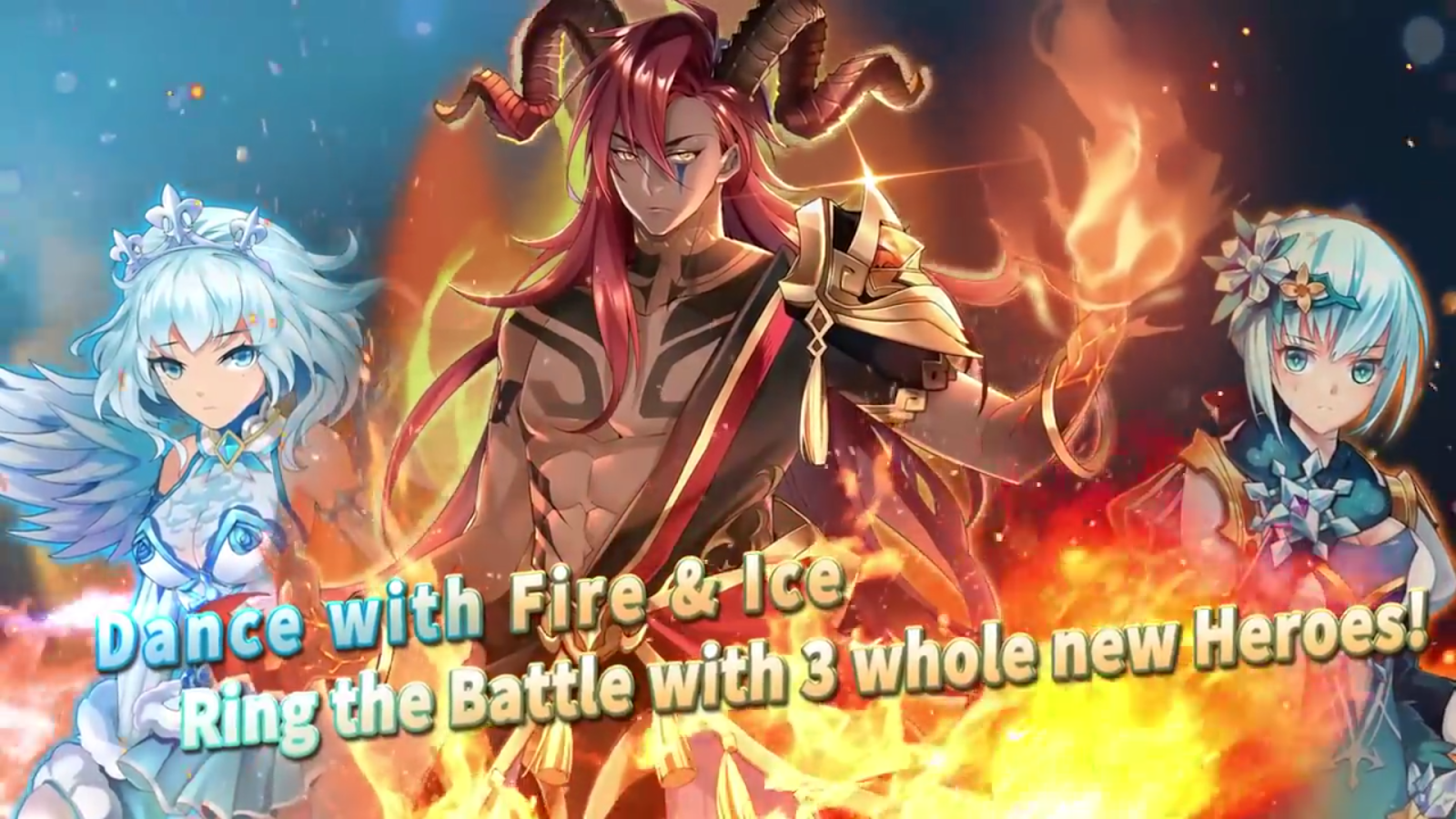 Take part in dynamic battles against monsters and bosses. Apply incredible combat skills of the character and defeat enemies. Start a journey across the fantasy locations of this interesting game.

The controller is quite simple to navigate with an analogue left key and 2 main skills on the right, but not just two skills but also many additional skills that can be combined with them to form powerful attacks and select among characters each having their own story unique appearance and skills. Get rewards for completed missions. 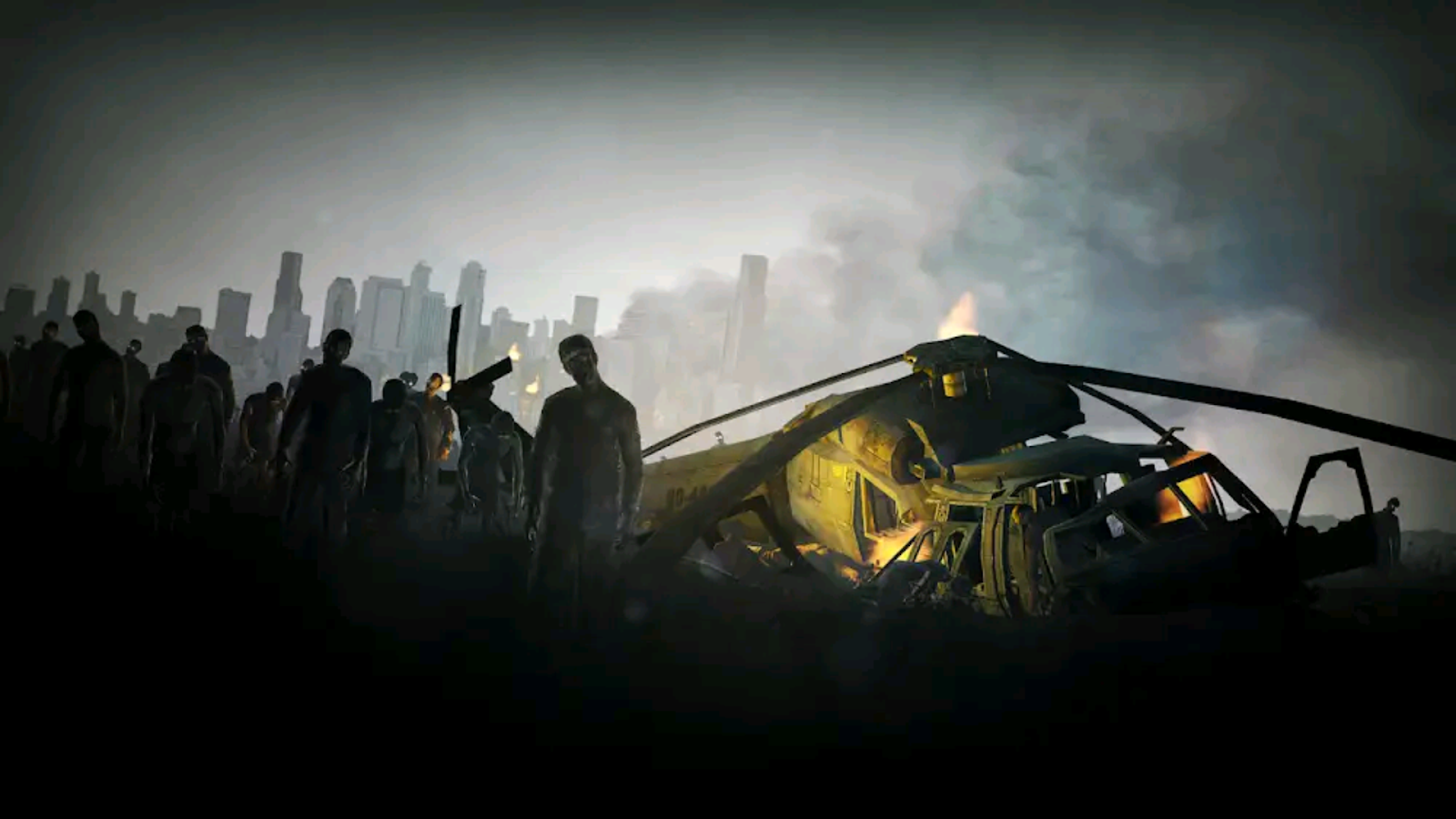 Into the Dead is a survival zombie game.There’s no story, no levels or ending your character never speaks. He just runs, ever-forward, into the supernaturally thick fog. The dense mist helps to set a very creepy and evocative atmosphere, but it’s also there for a very important gameplay purpose, it’s a fun loaded game. Its size is 82 MB and has 50 million-plus downloads. It has a 4.6 rating. Provided by Pikpok. 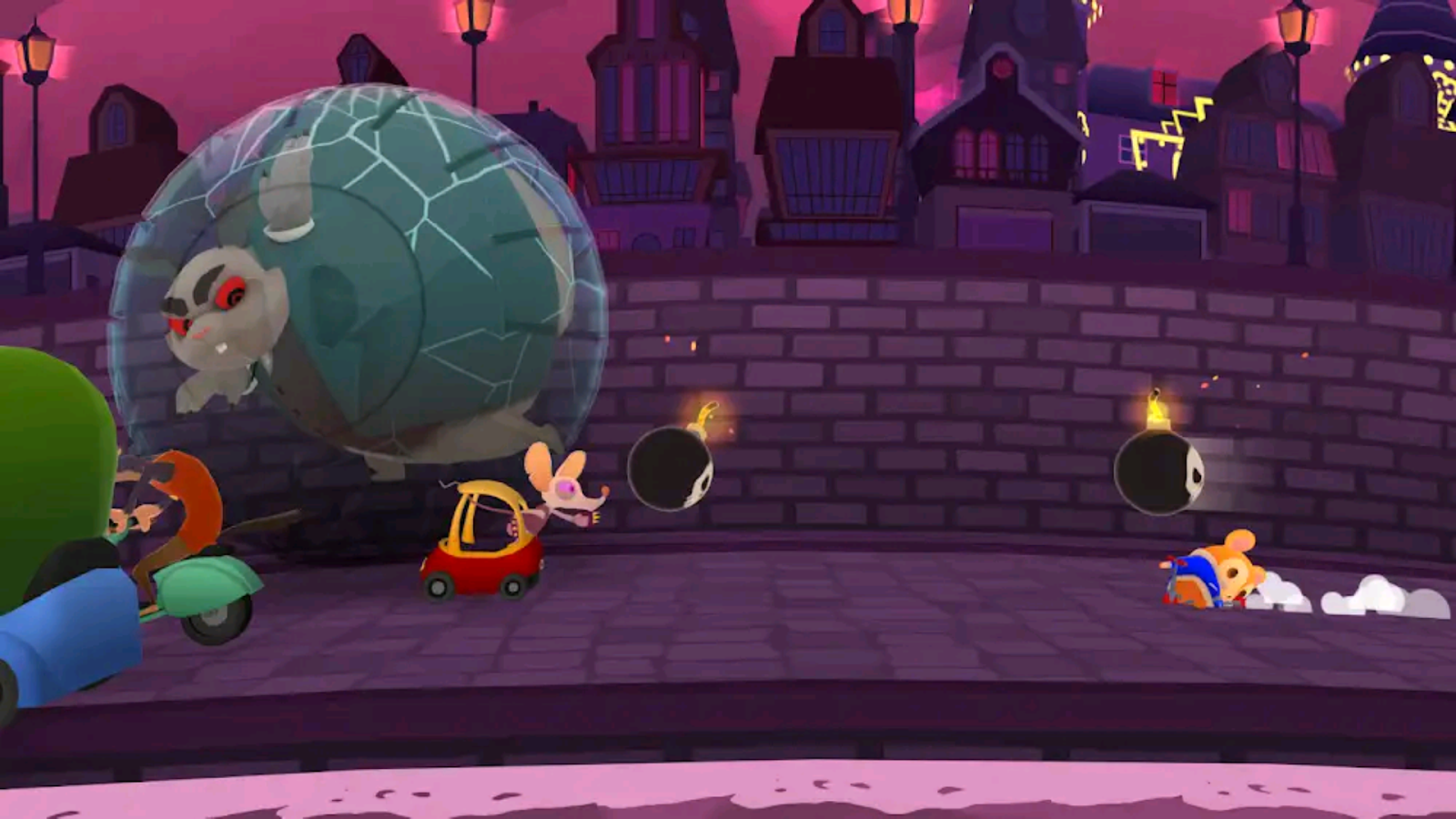 Hamsterdam is an action game that puts you in charge of a super charming hamster. That must destroy a terribly dangerous mob of varmints that are threatening the city. luckily your hero is a true martial artist. the levels in Hamsterdam last about one or two minutes which is enough time to get rid of several enemies.

some of your enemies such as small rats are super quick, but they don’t last too long, but there are others like rabbits that are big and slow. besides the normal action based levels, the game includes bonus levels that will challenge you to play in 2d levels on top of a skateboard. 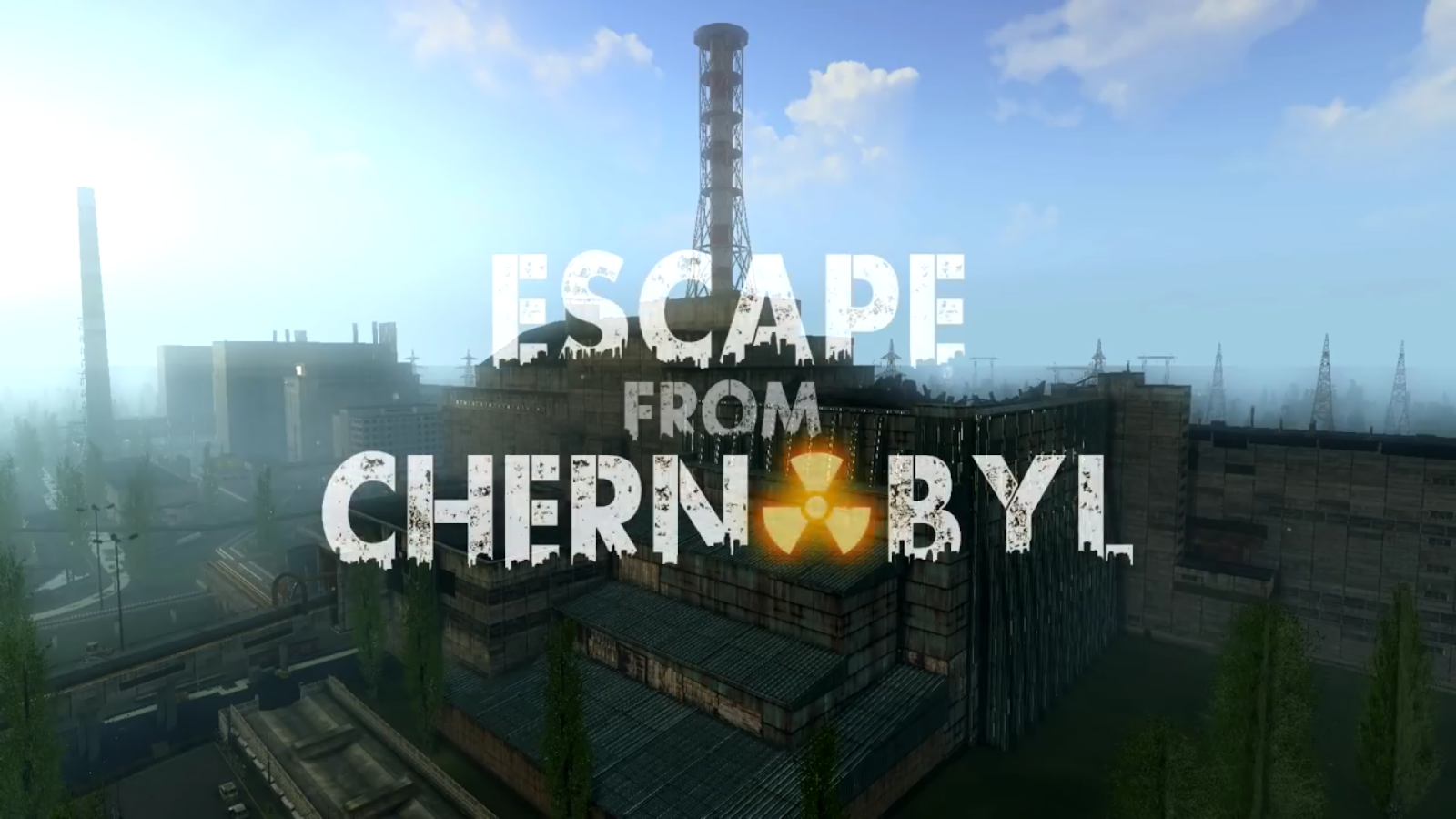 One of the highest quality action games on mobile platforms. Is the basis of the plot of which the Chernobyl nuclear power plant accident lays down and here’s the continuation of the game called Escape from Chernobyl this time you still have to go to the zone and try to find the answer to the main question what happened at the station, and what caused the tragedy in the Escape from Chernobyl. A huge open world in detail recreated locations a wide selection of weapons excellent graphics and exciting plot so that all fans of this subject will be satisfied. 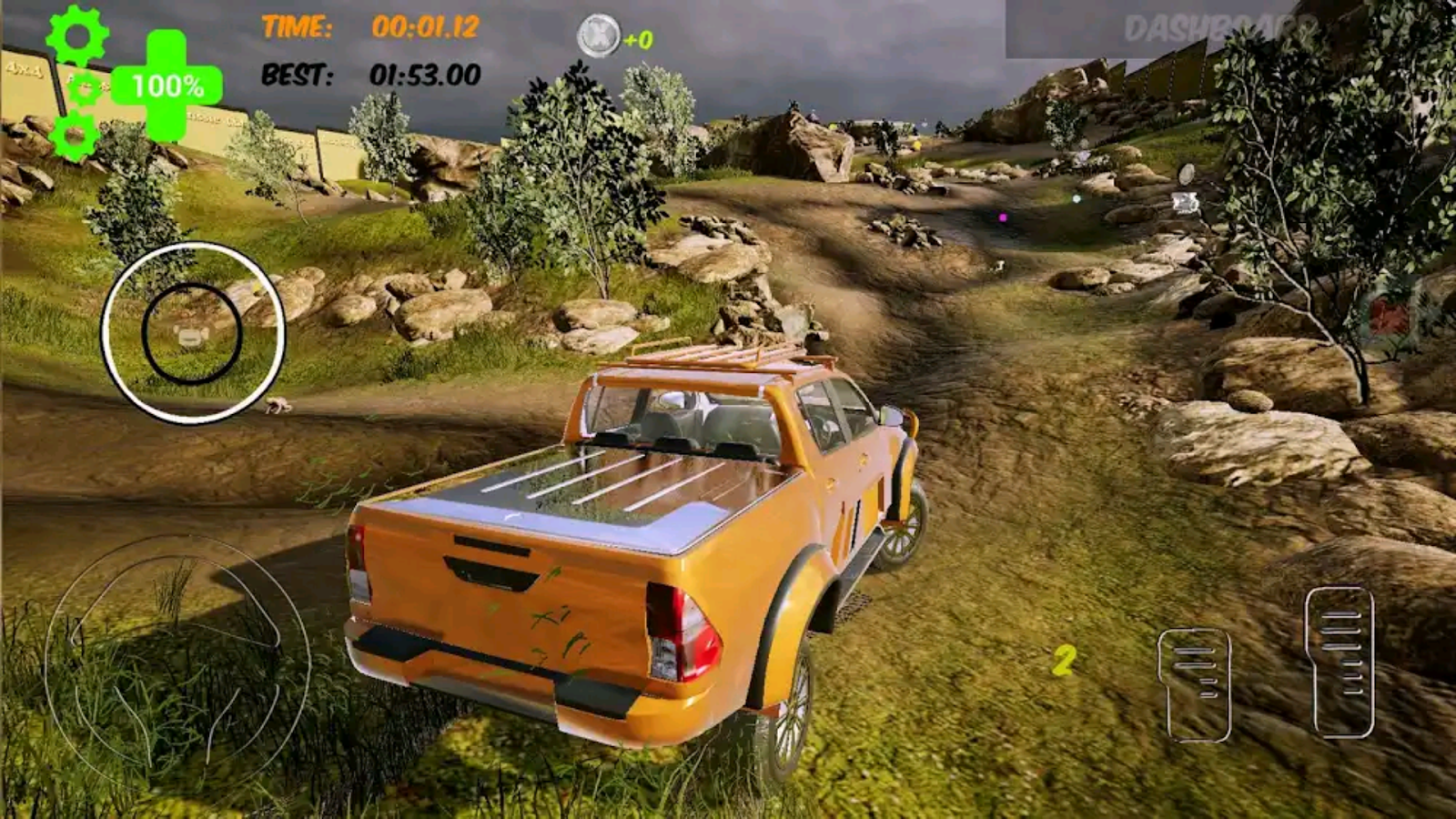 This is an off-road racing game in which you can go on an incredible journey through a variety of game locations. In this game, there’s a multiplayer mode where you’ll operate the car, and you’ll drive-in locations carrying out many tasks both from the third and from first-person.

In this game, you can find a lot of interesting and exciting things that will give you great pleasure. Ride cool cars and great bikes, hunt and fish and destroy the most dangerous criminals in its path by new vehicles. You can also modify with gold coins that can be purchased in the bank.

13. Monsters Under the Bed 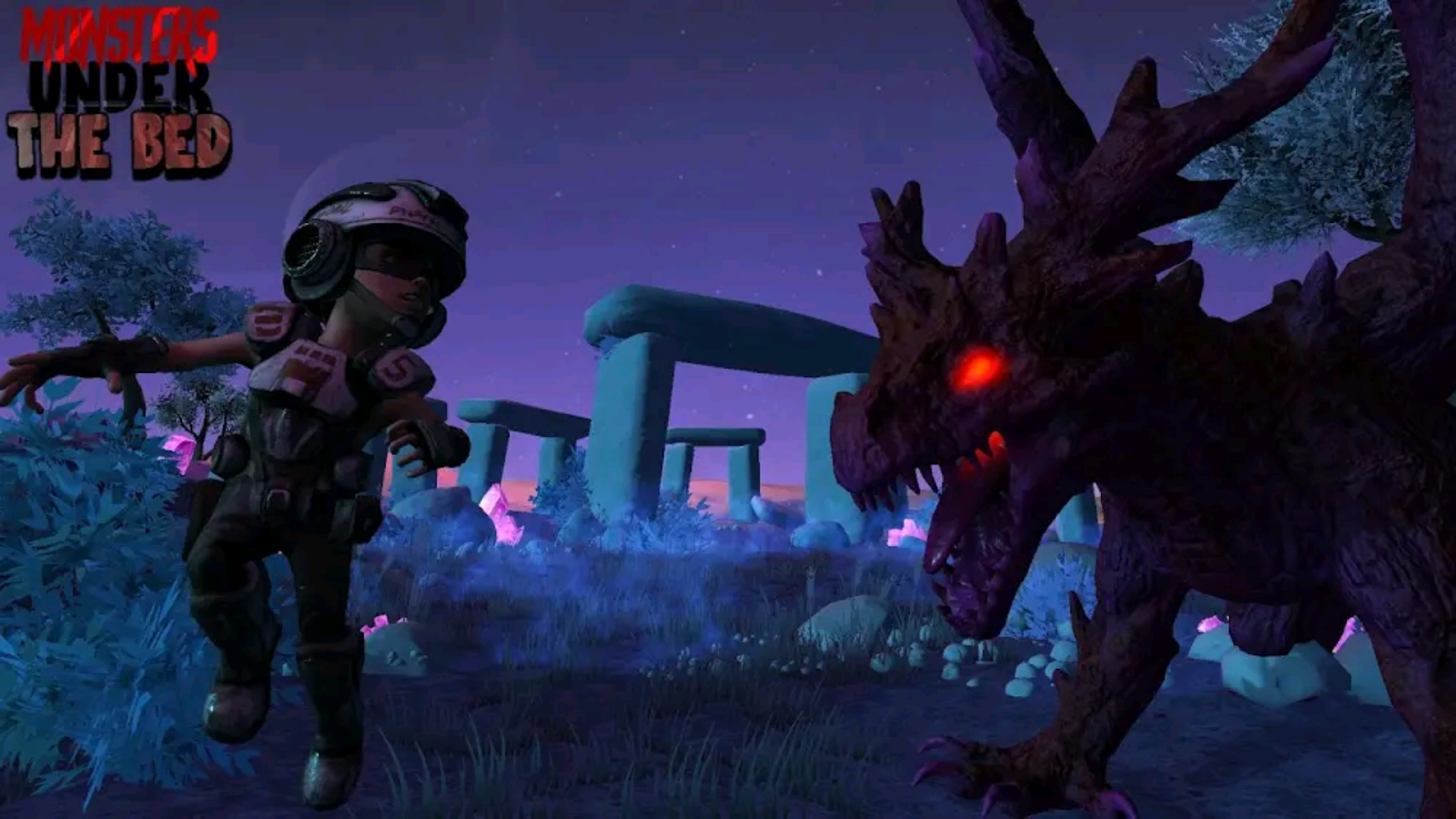 Monsters under the bed is a third-person action game with great colourful graphics. In this story of the game, there’s the kid with a mighty imagination who decides to fight back in his home by using his imagination to shrink down.

He’s able to look under his bed in his closet and even up in the Attic to get rid of those pesky monsters once and for all the controls in this game are easy to get the hang of you only have to use a virtual d-pad to move your character and tap the action buttons to shoot or protect yourself. Solve puzzles and unwrap the mystery that lies in the beautiful universe of Krystopias. Krystopia is an escape room game that challenges and captivates you with intriguing laser puzzles robots and hidden objects.

Your objective is to guide Nova in her search for clues observe think and solve ingenious puzzles to reconstitute the story of the strange land she’s trading upon. Investigate the causes that left the planet empty to resolve the intricate mystery of the long-lost civilization in 3D and use creativity to solve increasingly challenging puzzles. 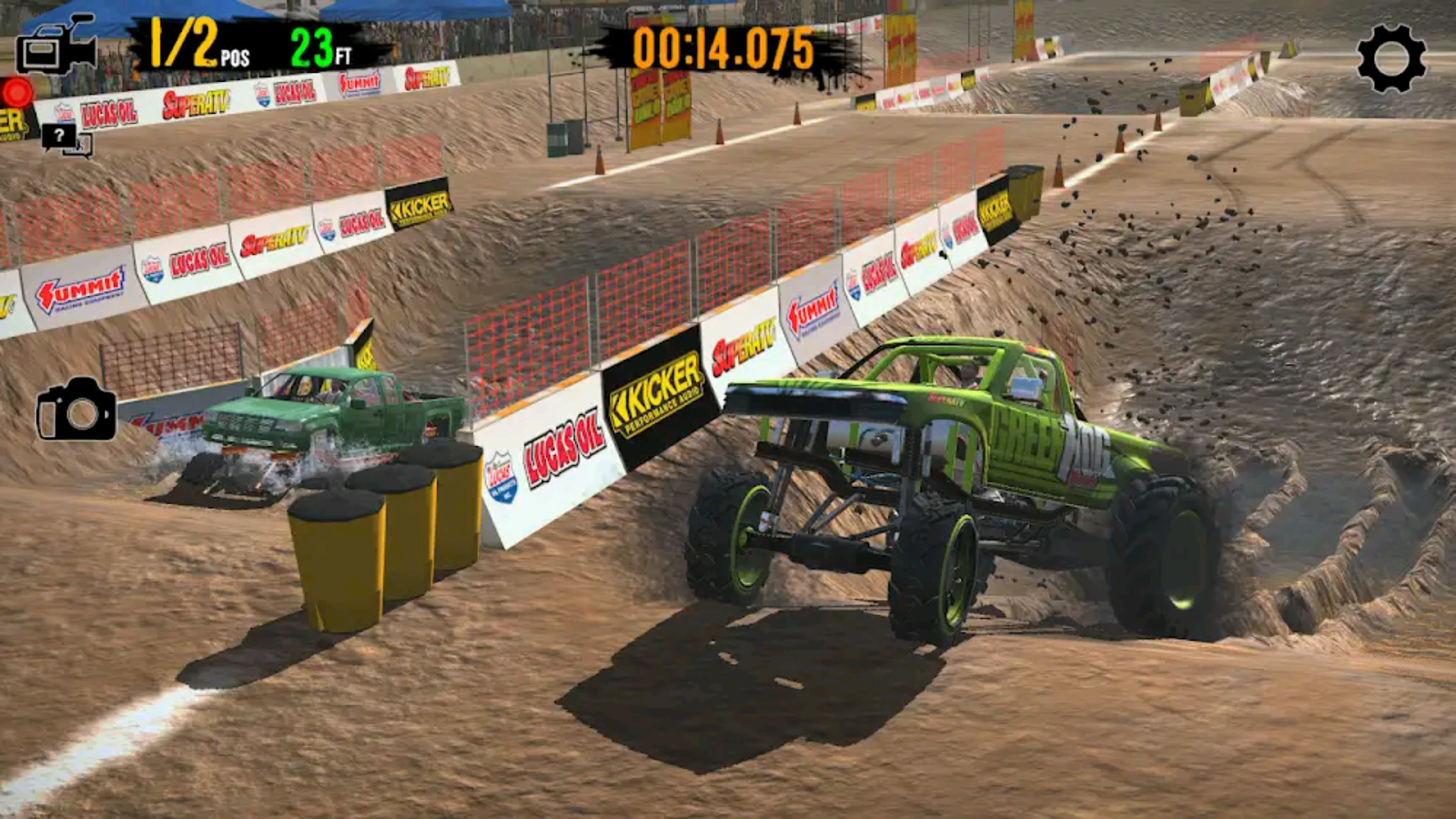 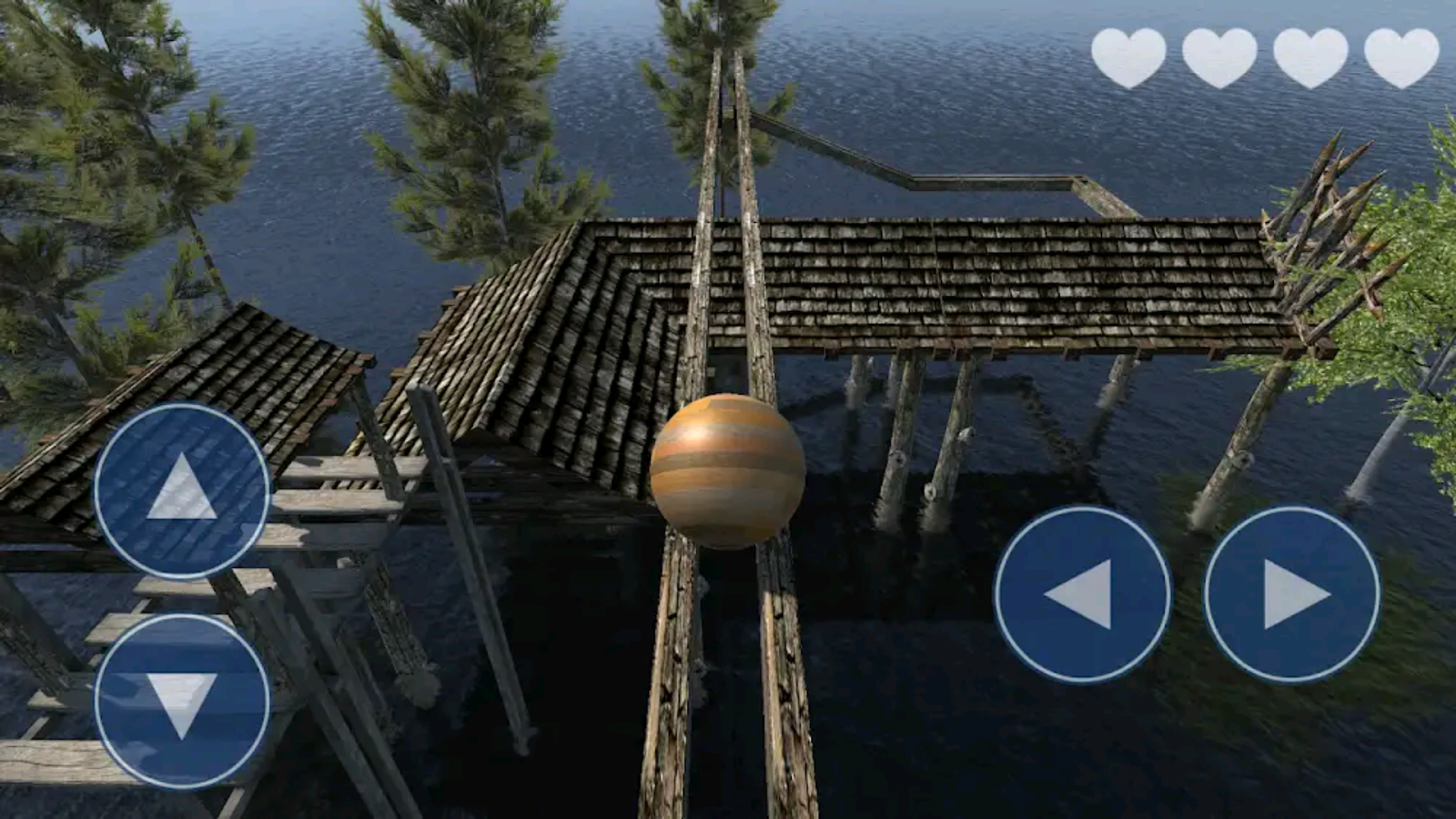 This is a fascinating arcade game for mobile. Where you control the movement of the ball along dangerous routes. In this game, you’ll move the ball over wobbly wooden bridge trying to get to the boat bypassing all the traps along the way.

All levels in this game are filled with water, and your task will be to reach the goal bypassing all obstacles on the way and without falling into the water. Operate the ball using the phone slopes and balance to travel as far as possible. also, the game has high-quality graphics, realistic physics gameplay and many exciting levels for you to explore. 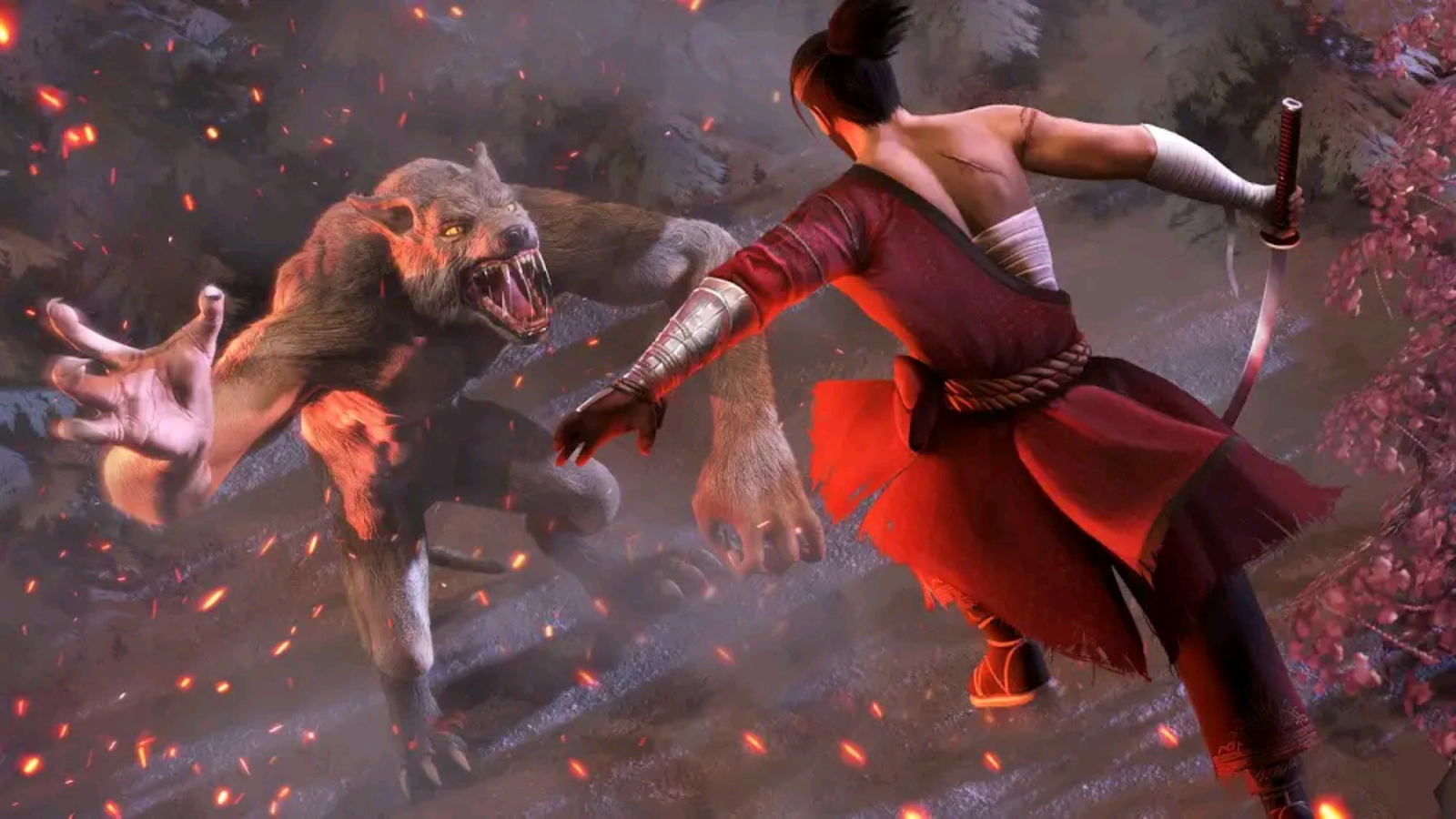 This is an incredible action game with a third-person view on mobile with hardcore gameplay. That will amaze you with its incredibly beautiful and high-quality 3D graphics detailed gameplay and non-stop action as well as intuitive controls, and completely insane battles with numerous enemies.

Travel the land of dots and destroy enemy ninjas and epic duels, create a unique style of sword fighting and in any case don’t relax because your enemy has a thoughtful artificial intelligence and will not give you favours complete quests, and get valuable gifts in return unlock new unique items and weapons for the main character. 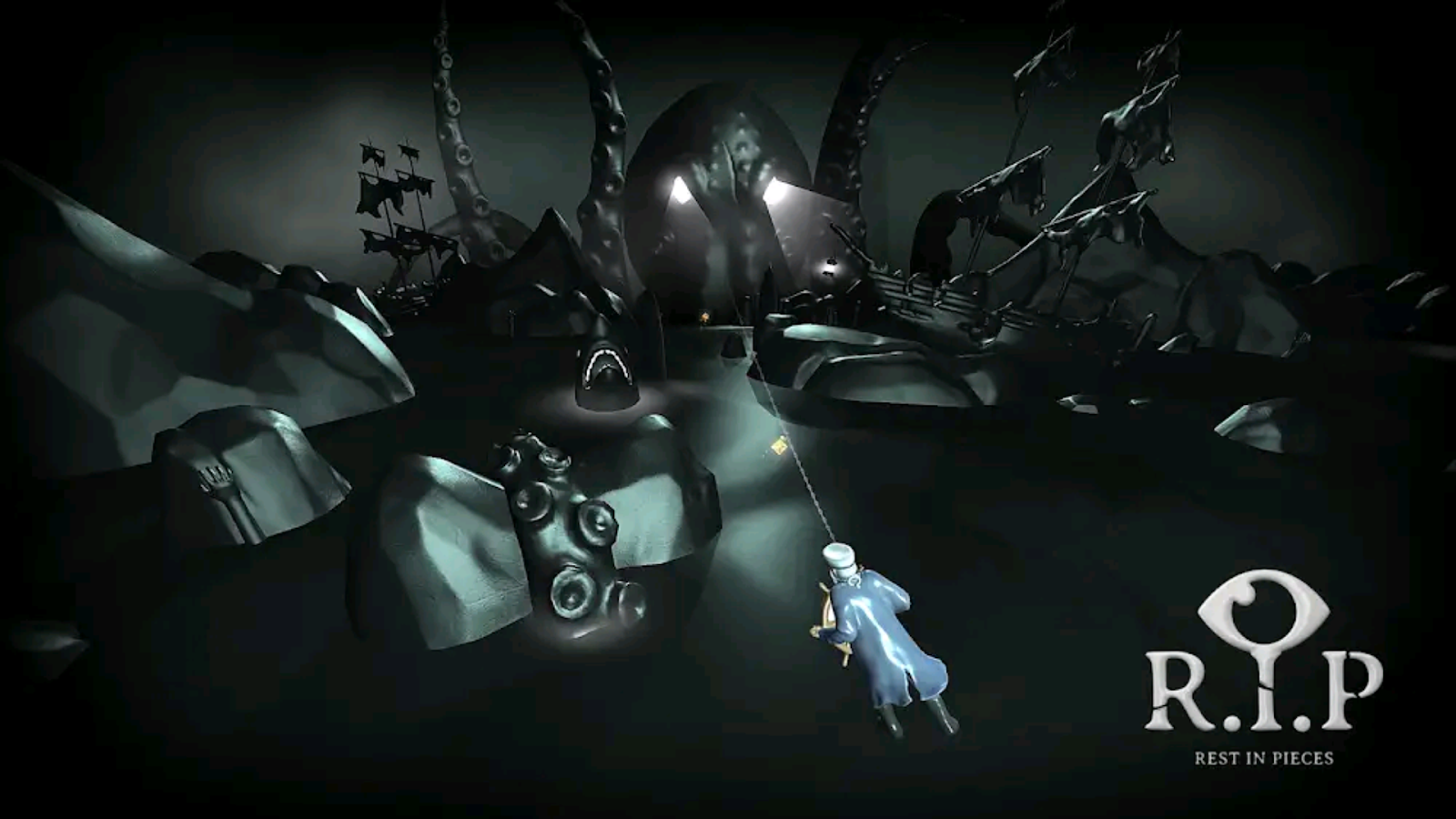 Horror is the factor that the publisher aims to rest in pieces so, it’s not hard to imagine that will happen. In this horror game, you’ll have to control your character as they’re swaying throughout the journey away from obstacles to reach the finish line as quickly as possible.

It sounds simple but the characters and rest in pieces are a ceramic figure which will be easily broken when encountering collisions. The control mechanisms of the game are very simple in which you can use emotion sensors on the device to navigate the doll to avoid the obstacles. In this game, there’s a zombie plague, and it’s spread amongst the city residents. The military team was sent to investigate and save the residents to survive and eliminate all the Zambian creatures.

This is a survival action game with some features such as lots of weapons and playable characters many kinds of dangerous evil zombies and creatures. Visually pleasing, but the rendering of the background needs work kind of glitchy characters look alright but not the best movement is stiff, and I wish there was more of an emphasis on melee but I hope to see some updates in the future breaking into. 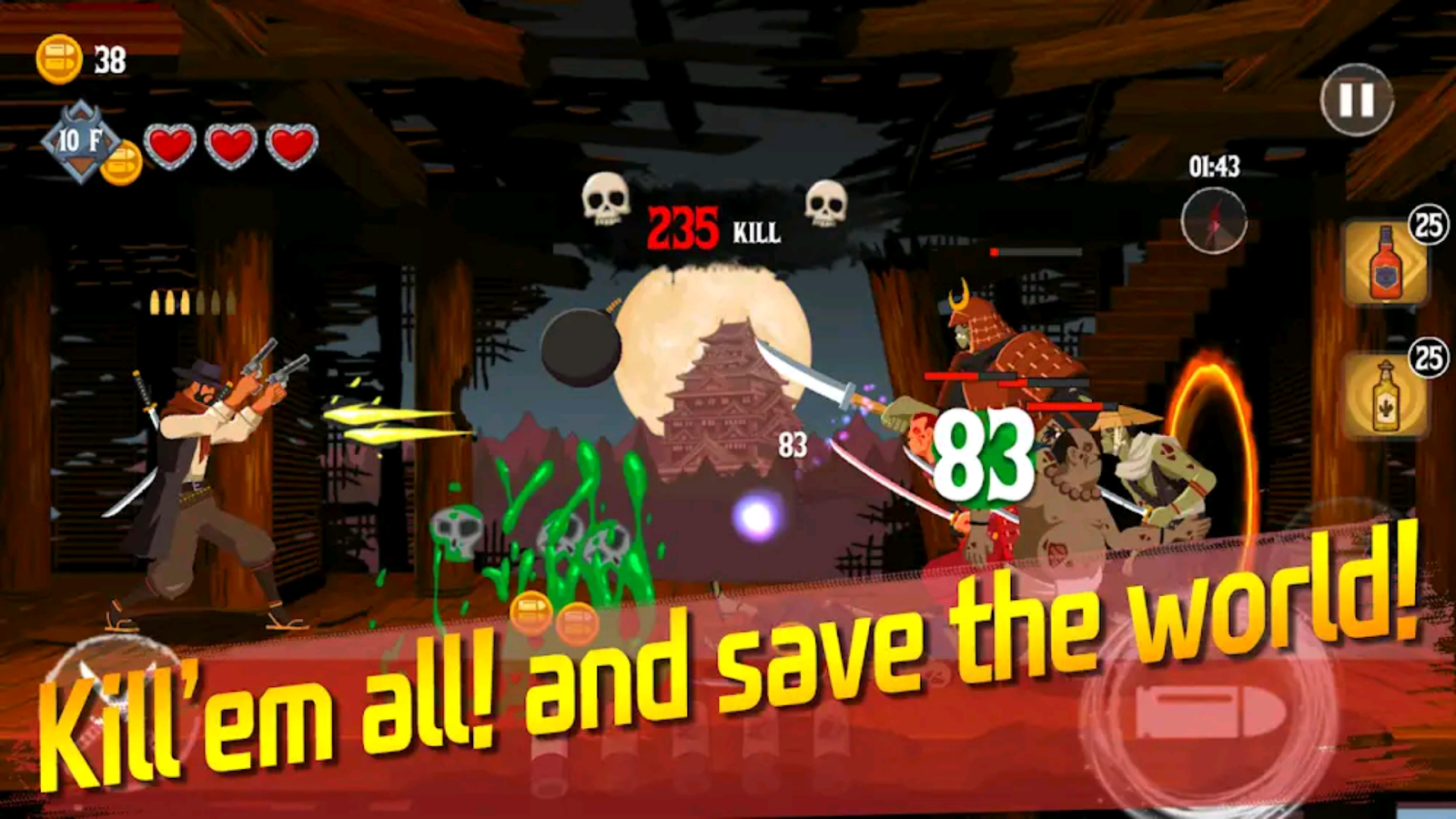 This is an action game where you’ll destroy zombies of demonic origin because of the open portal to the underworld and the spell’s imposed by its owner on ordinary people. There was a funny incident with our main characters the souls, and bodies of the best shooter in the Wild West.

The Legendary samurai joined and turned into one person now using the unique skills of the character. You need to disrupt the devil’s plans to take over the world also you can improve the hero John Hayashi to learn different shooting skills.