As we know that android games are improving, they offers us the most exciting are impressive games day-to-day. So here we pick the  Top 12 Amazing Upcoming Games of 2020 for your android device. Android games are getting better and better in every month so that we can also give you the best games which will offer you a  good experience of gaming.

These top 12 new games will really give you a thrilling experience. Thus it will give you a action adventure, open world RPG, first person shooter, battle royal, high quality graphics and ect. 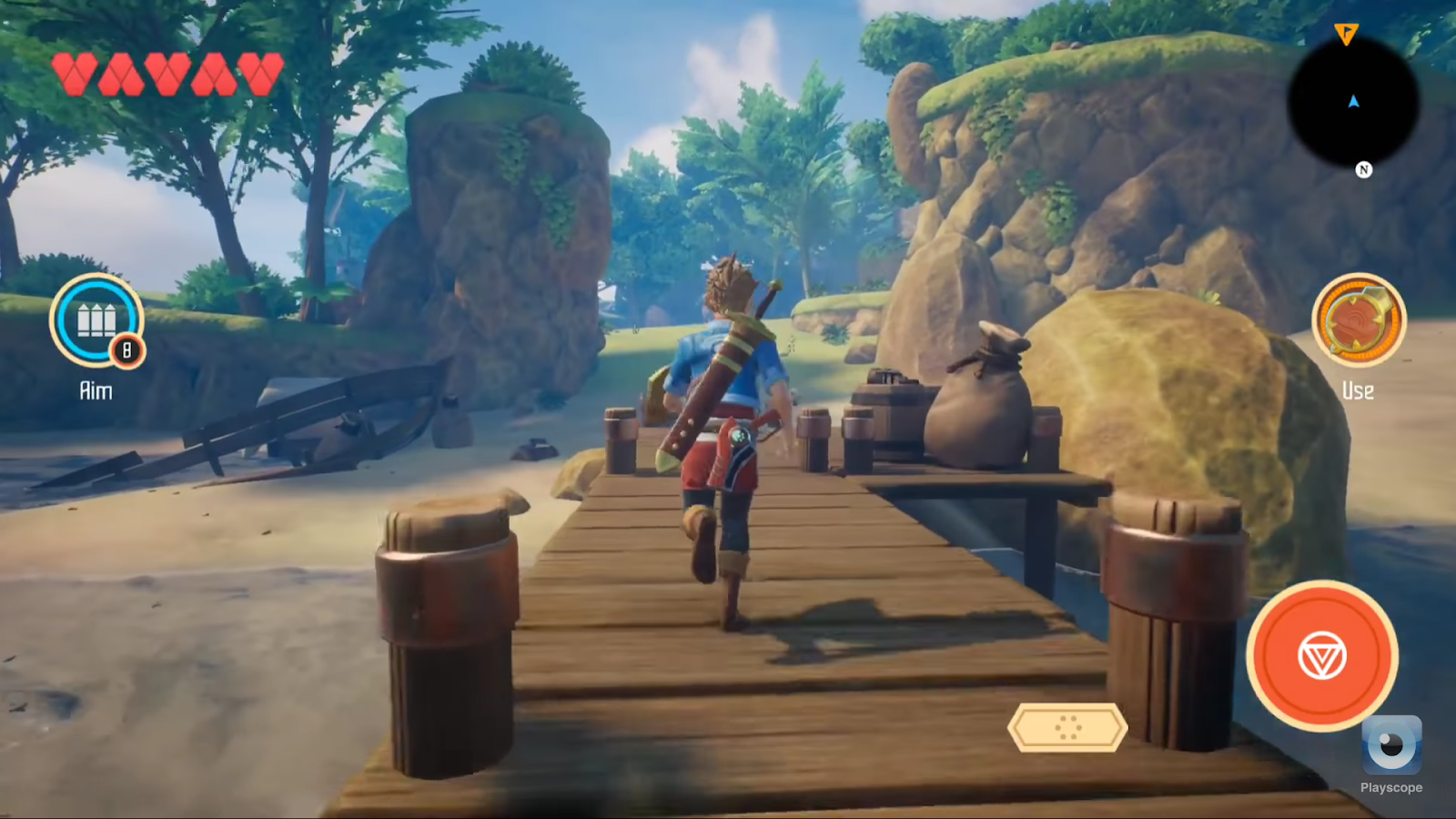 The first oceanhorn game as it still one of the best action-adventure games like Zelda on mobile and with oceanhorn 2 Knights of the Lost Realm. It’s going to be a bigger better impact with new features.

The game is set a thousand years before, the events of the prequel and is featuring console-quality graphics in an epic RPG main quest with up to 15 hours of gameplay of massive boss fights that will test your reflexes and combat skills, dozens of side quests, clever puzzles to solve and lots of dungeons to explore in oceanhorn 2. You play as a young knight who’s facing an impossible challenge against the dark army and our hero must unite the clans in a fight for the fate of the world. 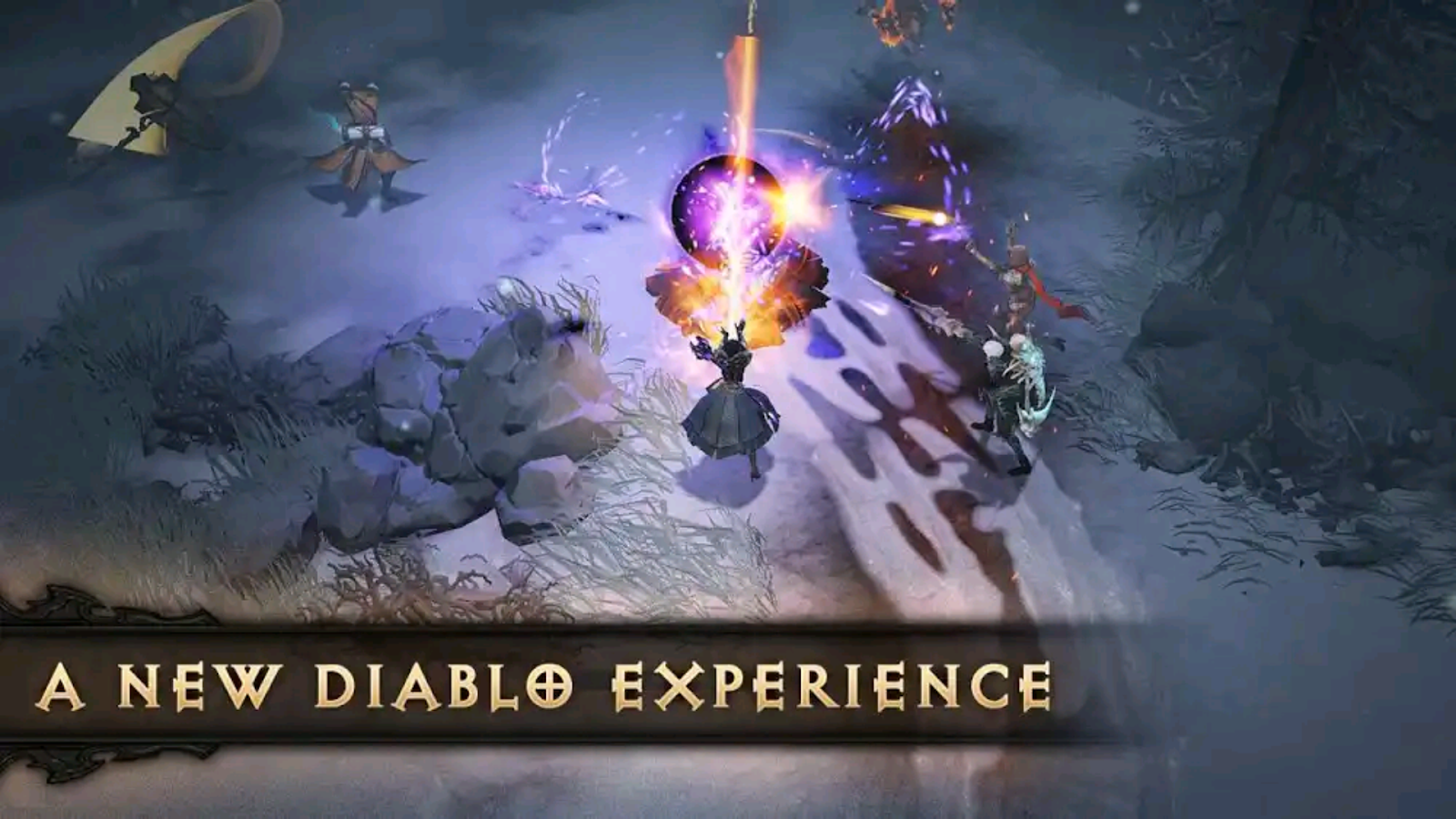 After blowing away the competition on PC and winning over console players with Diablo 3 ultimate evil edition Blizzard is making a move on mobile with Diablo immortal which is set between the events of Diablo 2 Lord of Destruction and Diablo 3.

You’ll pick a hero from the six classes available like barbarian or wizard and proceed to fight hordes of enemies and bosses from the Diablo universe. In addition to plane alone you can also join forces with other players from around the world in co-op mode. The game is being designed from the ground up for touchscreen devices and it’s coming exclusively to Android. Pre-registrations are open for Android gamers
Download diablo immortal Announced at the league of legends ten-year anniversary event team fight tactics is Riot Games response to the auto chest Channel and it’s coming to mobile soon team fight tactics or TFT. If you like strategy game similar to Dota under Lords or Auto chess. You faced off against seven opponents and build a team of champions over a number of in-game rounds champions have different strengths and abilities plus you can equip and upgrade items for even more complex team compositions TFT is rolling out sometimes in 2020 number
Download team fight tactics 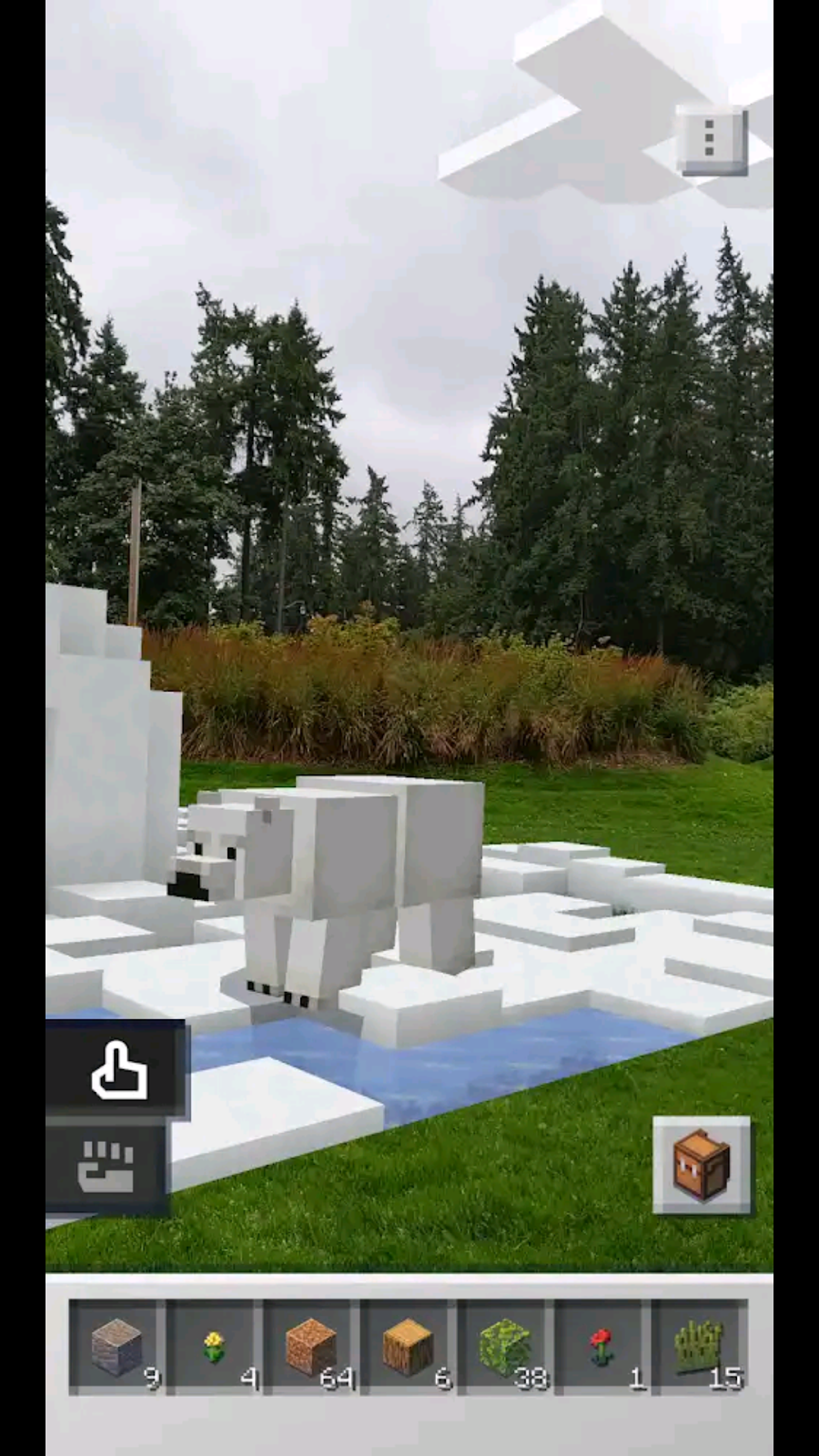 If Pokemon goal has proved anything is that there is a huge market on mobile for augmented reality games that is if it’s done right and Microsoft not only has the wallet to make an advanced AR game but the Minecraft license and its cult following behind Min9.

Minecraft Earth will allow you to build structures with other players and place them in the real world at life-size and to a kid of the 90s like me who grew up building Lego bricks alongside playing video games that is a dream comes true. The game will feature many familiar mobs as well as a bunch of new ones and also the option to breed unique mob variants and use them to populate your builds.

The closed beta is available in Iceland and New Zealand and for the rest of us, you can already pre-register and ride the hype train.
Download minecraft earth 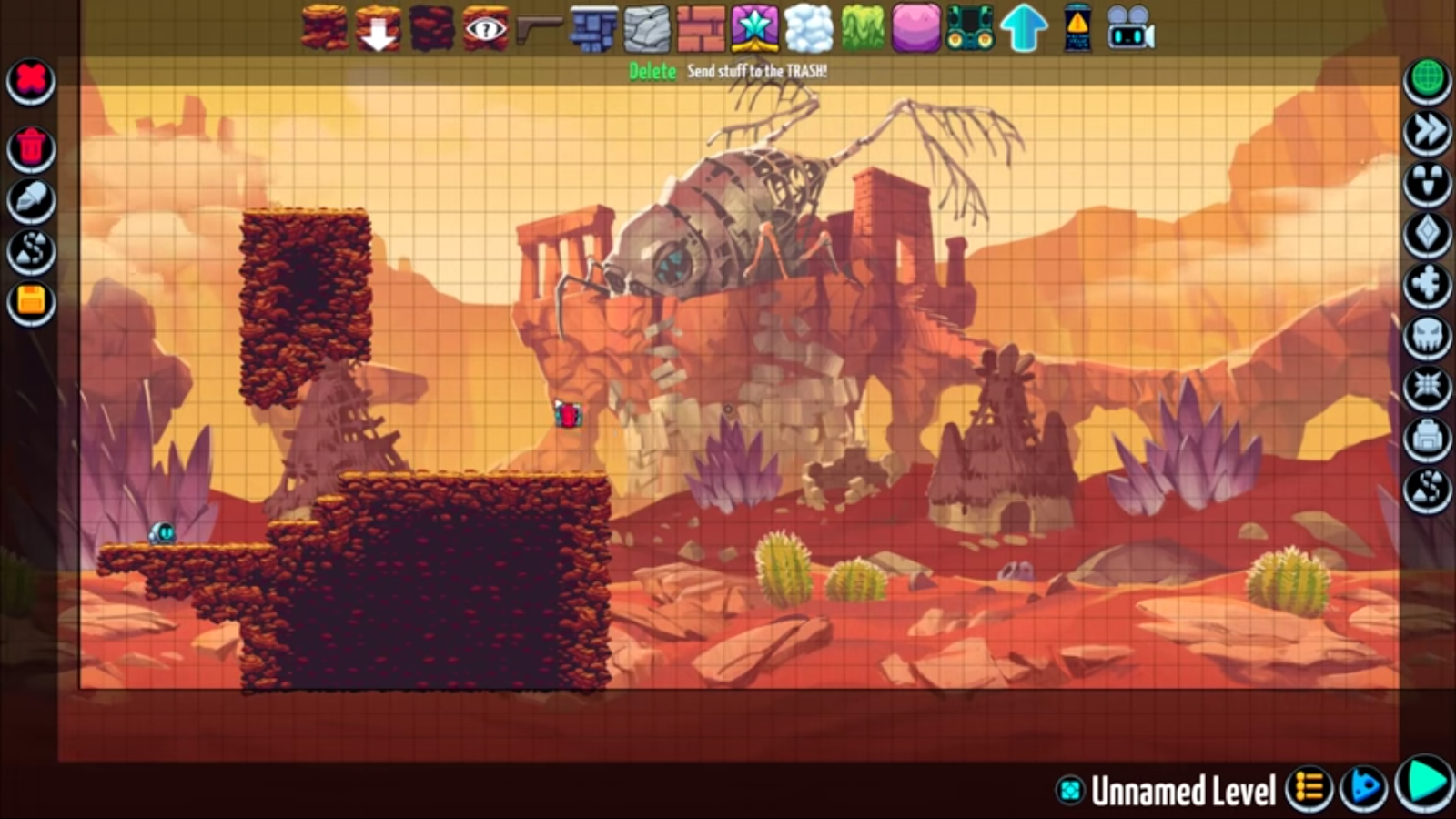 If level head feels familiar that’s because it’s developed by butterscotch shenanigans. The same team behind one of the best open-world crafting RPG on mobile. Crash-lands level head is a 2d platformer where you create your own levels and share them online for everyone to play kind of like Super Mario maker and that’s an awesome concept.

There are more than 60 elements you can use including enemies hazards pats switches secrets power-ups and more. The game will be a cross-platform and the levels created on Android, for example, will also work on PC and iOS and vice-versa. Up to four players can play a level at the same time or even create levels together but if you’re not into that there is a single-player campaign to play instead.
Download level head 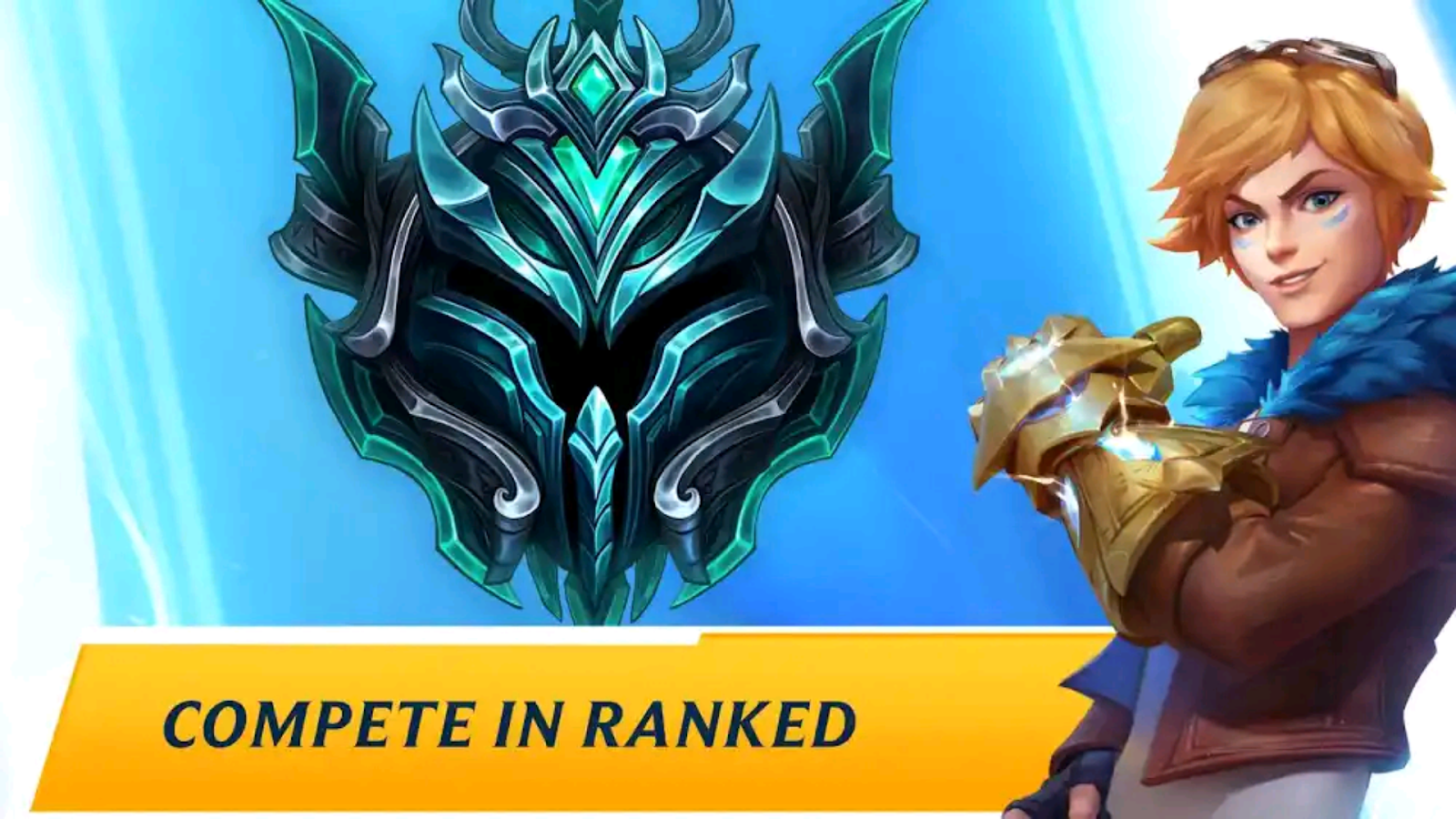 Wild Rift was announced by Riot Games during the 10-year anniversary celebration of the league of legends and currently being one of the most popular games in the world makes wild rift one of the most anticipated mobile games.

The game will feature the same 5v5 mobile gameplay as the PC game with a few adjustments to make it more mobile-friendly and since those adjustments required rebuilding the game from scratch. Just about 40 champions will be available at lunch and many with their abilities tweaked match towns will also be cut down to around 15 minutes while rift is expected to roll out on mobile and console sometime in 2020.
Download league of legends wild rift Cat quest 2 is a fast-paced open-world action RPG where you play both as a cat and a dog. You will get to explore a massive world filled with monsters dungeons and tons of main and side quests. If you’ve played the first game you can expect even more cat puns but also since dogs are now in the mix a good dose of dog team puns 2 in the game.

Cats and dogs must join forces together to fight a bigger threat and save the world. So you will be breaking all the rules set by nature and besides cat quest 2 will include all the awesome combat and dungeon exploration of the first game but with a new story and new worlds to explore.
Download cat quest 2 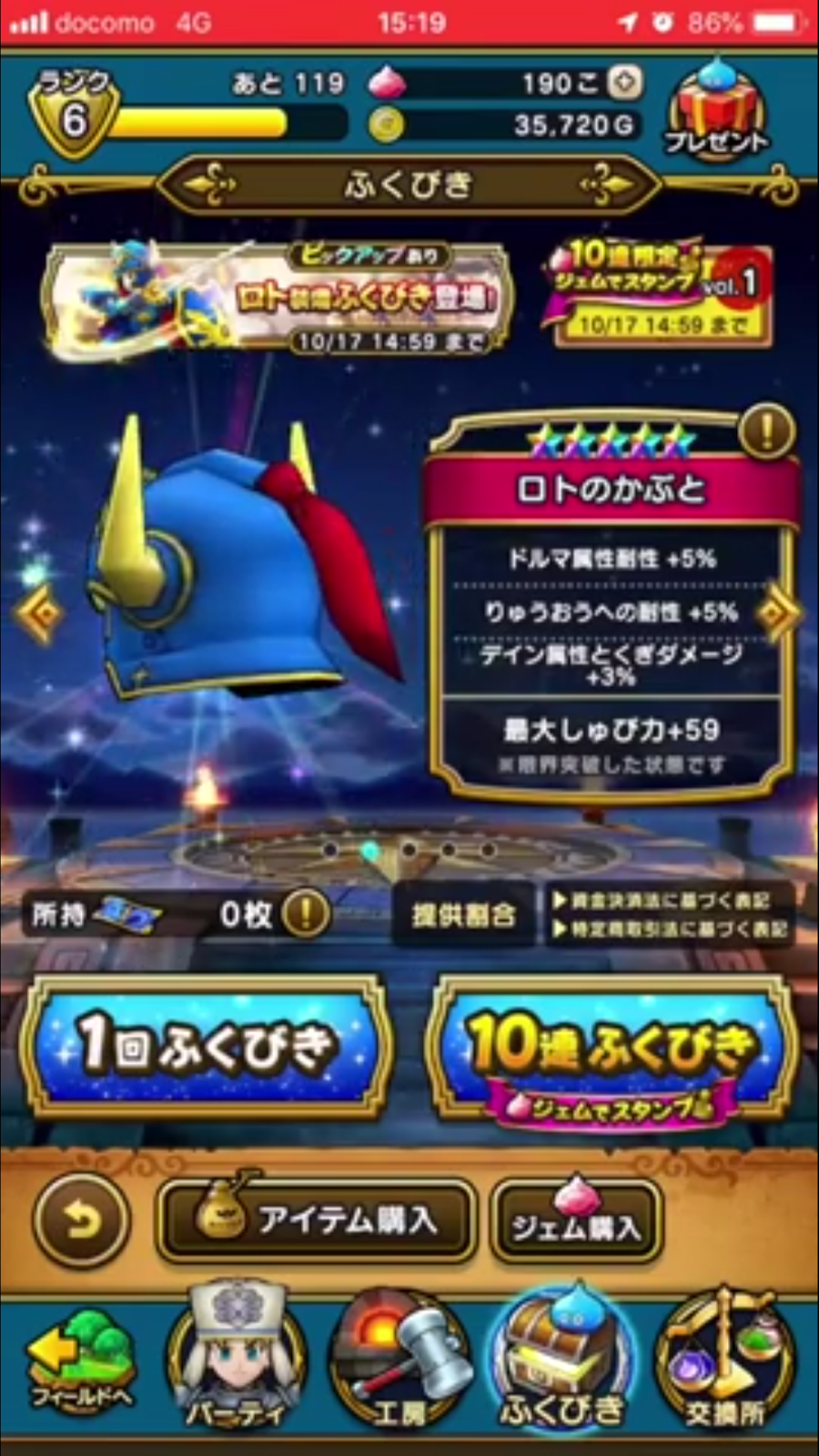 Minecraft Earth won’t be alone in the AR fight for top spot as Dragon Quest walk has already been released in Japan. And as far as revenue is concerned it made a great debut generating 86 million dollars in its first month coming in second just behind Pokemon goes 118 million dollars but enough about numbers Dragon Quest walk is location-based and will feature various battles and mechanics from the Dragon Quest series of the franchise.

Is extremely popular in Japan but also have a growing cult following globally so I personally think that Square Enix will surely release the game outside of Japan. As well especially seeing how well the game is received and how much money it’s making them. I’m ready to walk I mean Dragon Quest walk.
Download dragon quest walk 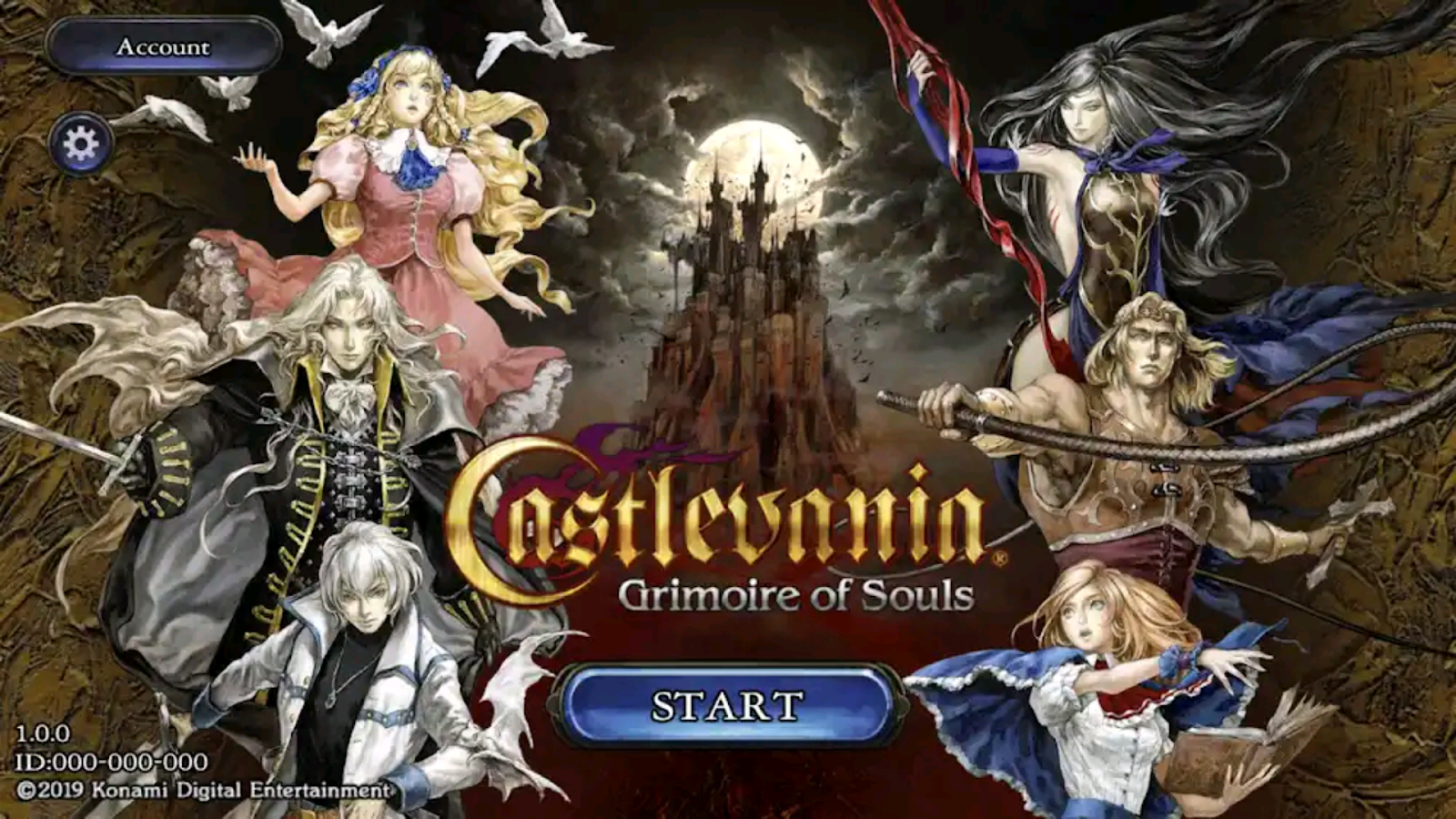 While many Castlevania fans weren’t too happy with the announcement that the next game in the series will be a mobile game. I personally think there is a lot to be excited about here. Konami could still manage to mess it up they’ve clearly showcased that they are skilful at that but so far Castlevania grimoire of souls is set to give both newcomers and longtime fans and authentic Castlevania experience in all its finest gothic tone.

This is not a cash grab Gacha game by any means but instead, it’s a game with lots of love for the series baked into it. Unlike the main games, you’ll be playing to platform levels and not an expanding map and that’s due to the limitations of mobile hardware but for all the characters.

You can play are locked to story progression and each plays and feels completely different. There is iconic sub-weapons a bounty hunt multiplayer mode and the art style. As well as music is both amazingly faithful to the series.
Download castlevania grimoire of souls 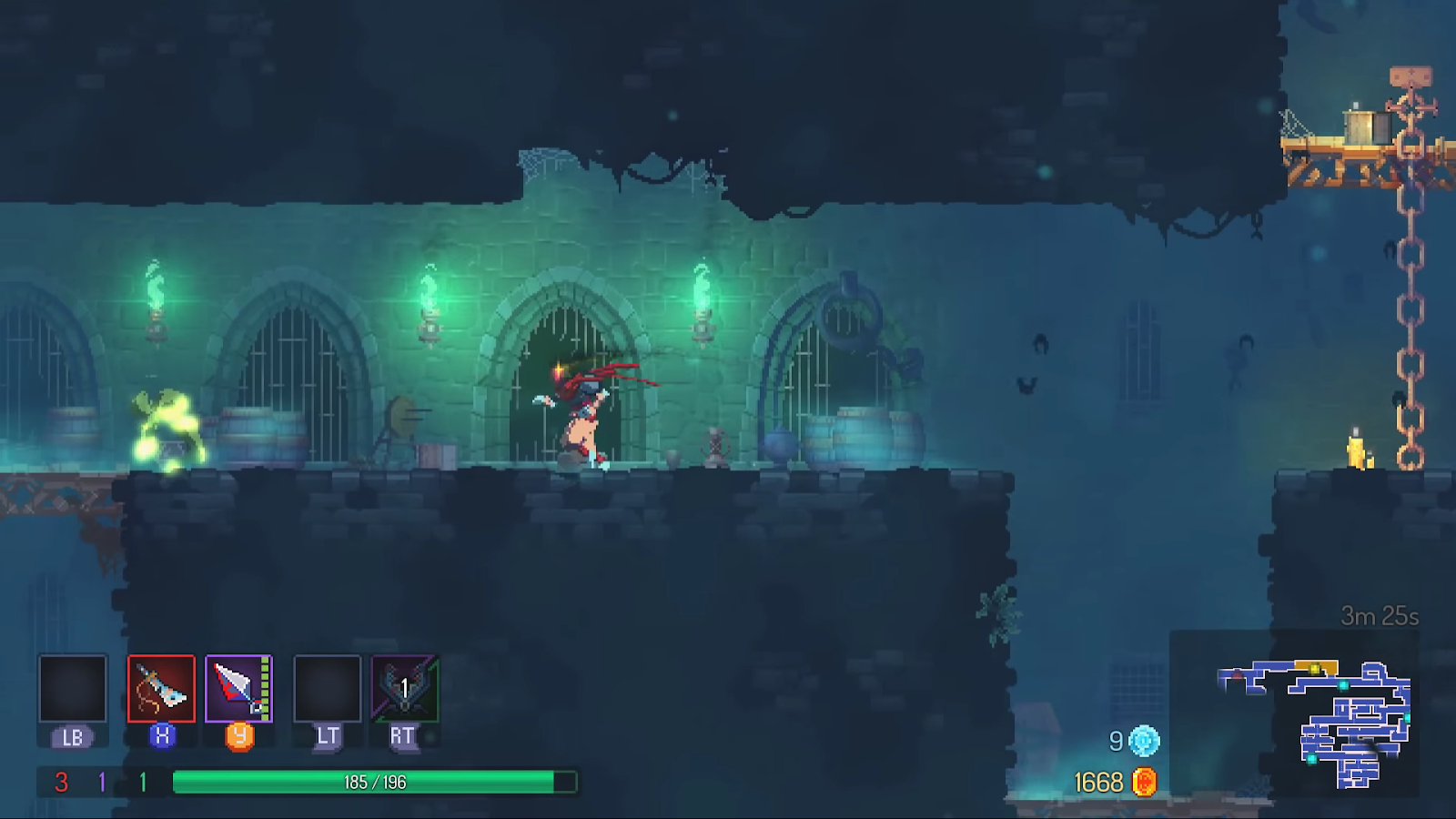 Dead Cells is another Castlevania inspired action platformer with a roguelike aspect letting you explore an ever-changing castle. If you can fight your way through its residents the action is intense with the constant permadeath threat over your head.

The progression is nonlinear as you can take different paths with every death and the combat system is like the soul’s games but in 2D so expect monsters and bosses that you need to learn their patterns in order to defeat them all. This package is an awesome 2D graphics world and I can’t wait to play it.
Download dead cells 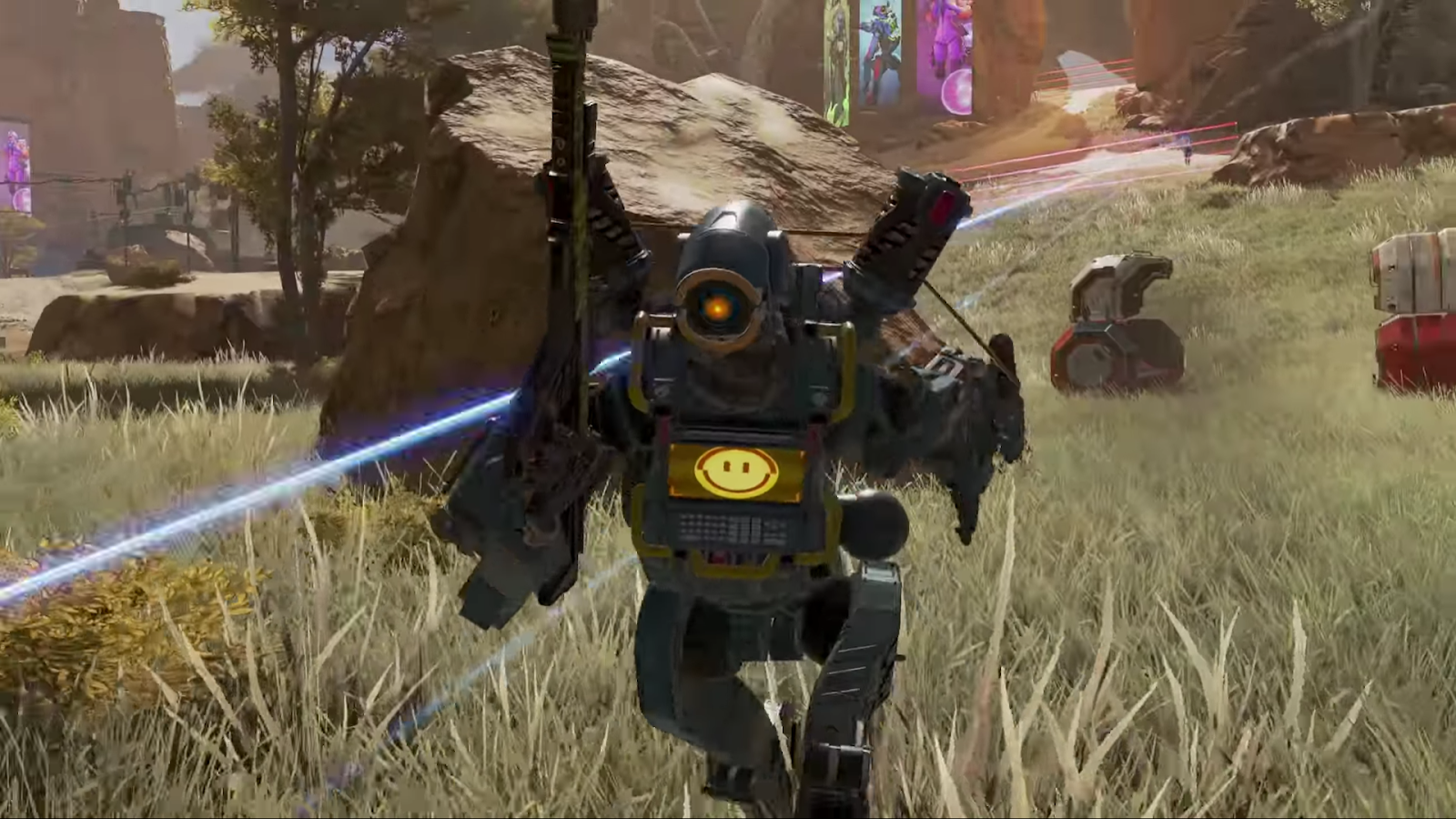 Although news about the most anticipated battle royale game on mobile. Is few and far between the one thing we know for sure is that Respawn Entertainment the team behind apex legends is working on a mobile version coming soon. It was actually confirmed shortly after the release of the original game.

The game is a free-to-play first-person battle royale-style shooter where 60 players are dropped onto a battlefield and you scavenge for weapons loot and ammo with an ultimate goal of being the last man standing. What sets the game apart from other battle wire games are the special abilities and tactics that each hero has.
Download apex legends 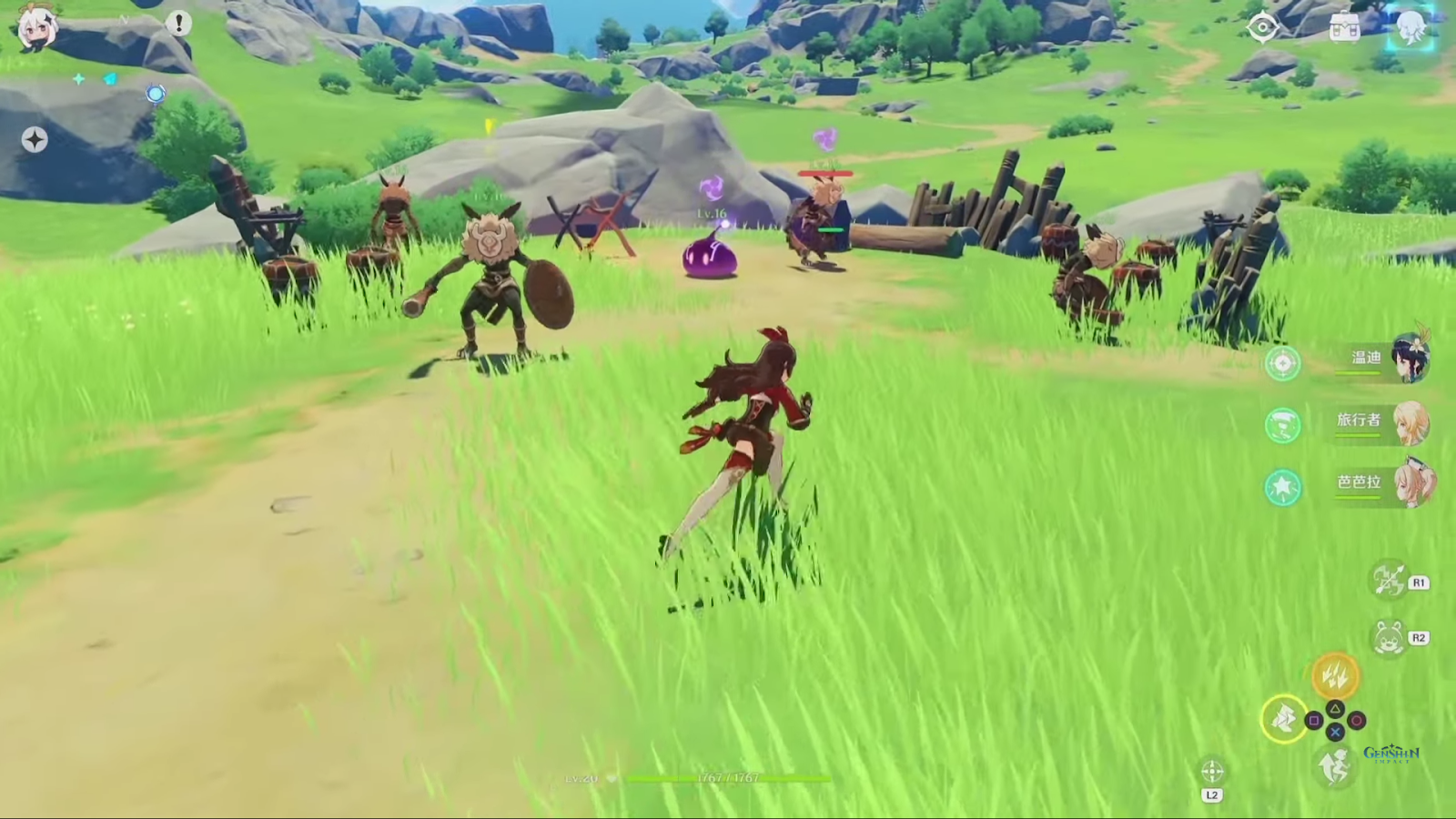 We started this list with a game that is inspired from Zelda breath of the wild and we’ll end it with another that is as well but with an anime touch to it. The guys behind honk impact an excellent  RPG if you haven’t tried it but back to ganking impact which is set in a fantasy world called tabat.

You’ll be playing as the traveller who awakens from a long sleep on the shore alone on a mysterious land to solve its mysteries to reunite with your loved ones. The developers added that the game will feature an open-world exploration narrative-driven gameplay intensive combat by yourself or in co-op with your friends.
Download genshin impact

Download these Top 12 Amazing Upcoming Android Games of 2020 on your mobile or tablet. Do you agree with this list? Let us know in the comment section below and subscribe this site for more updates.